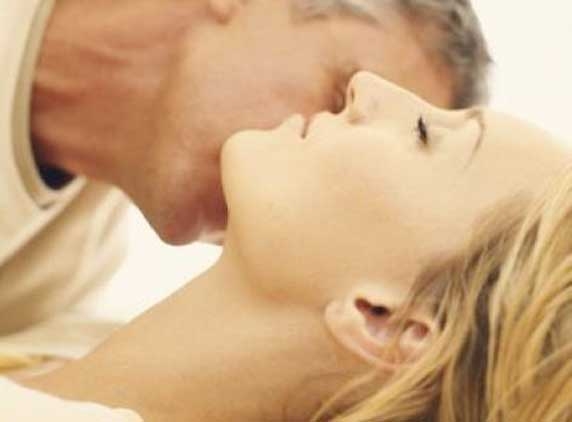 Want to spice things up in the bedroom? Make his night and drive him crazy with these romantic positions that men love. Ultimately, romance is about love and intimacy, so while the positions are part of the fun, the real payoff is the way various maneuvers allow you to connect and explore each other in different ways.

1. Woman on Top: Ask your guy what drives him crazy in the bedroom, and we're betting he'll say it's pleasing you. This romantic position puts you in the driver's seat, and that's exactly where he wants you. Take advantage of being in control and set the pace according to what you like, leaving his hands free to roam. The bonus? He loves having your curves in full view…so flip on the lights and give him a show.

2. Missionary: This standard go-to is a favorite because it puts him in control, while still being intimate: your hips are free to do all the work, and you can lock lips and eyes with ease. And while he's in the power position on top of you, the two of you can set the pace together. If you want him to go slower or deeper, put your hands on his hips and guide him. The best romance is like a conversation, and missionary allows you to communicate with your bodies.

3. Reverse Cowgirl: This reverse variation of the woman on top position is the best of both worlds for your guy. It gives him the romantic view he gets during doggie style but it puts you in control. This position doesn't allow for a ton of touching or eye contact, but it's a nice contrast to some of the more classic, romantic positions. If you're craving a connection flash a look back at him while you're doing your thing—it'll drive both of you over the edge.

4. Doggie Style: This rear entry positions puts him in control, allowing him to call the shots and to go at the speed that's best for him. Plus, it allows for deeper penetration, making him feel like king in the bedroom. Some women love the intense full feeling, but if it feels like too much, let him know. Communication is key to enjoying romance and experiencing the full psychological benefits of physical intimacy.

5. Standing Up: Getting it on while standing up is probably not your go-to move, but it's perfect for that sweaty, gotta-have-you-now romance that'll make him feel irresistible. Whether he's bending you over the new kitchen table or you're steadying yourself against the wall, this spontaneous position is perfect for a quickie.

6. Spooning: Romance while spooning is the ultimate intimate position, and a go-to for when you're feeling lazy and affectionate. Not only does it give him total access to your bod, it also frees your digits up so that you can give yourself a hand, a move that's sure to drive him wild. Make it even hotter by twisting your body and head slightly towards him so you can smooch while his hands roam. Afterward you can slip into an easy, snuggley sleep.

7. The Lap Dance: Pull up a chair and have him take a seat while you get on top. He'll love the look and feel of you straddling him, and having you in control will help him last longer, too. A bonus? Unlike the standard woman-on-top position, this ones allows for you to stay super close, kiss, and make eye contact. Plus, he still gets to be aggressive with his hands, tugging on your hair, rubbing your back, and pulling you closer.