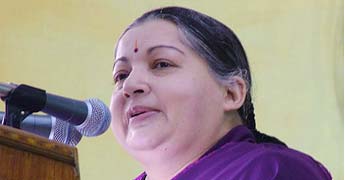 AIADMK general secretary J. Jayalalitha said today that her party-led alliance will romp home with a landslide victory in the 234-member Tamil Nadu Assembly and form the next government in the state.

Speaking to media persons in Chennai after casting her vote at a booth in the Poes Garden area, Jaya said that DMK had spent around Rs.5,000 Cr for campaigning and bribing voters but asserted that people were determined to throw out the government. The AIADMK has put up candidates in 160 seats.

On the other hand, Chief Minister Karunanidhi, Deputy Chief Minister M.K. Stalin and Finance Minister K. Anbazhagan also predicted a clear majority for the DMK-led front. “Without any doubt, it will be a DMK-led government. It could be a single party government or a coalition,” Karunanidhi said. The party has contested in 119 seats.

15 per cent of the nearly 47 million people voted in the first two hours in the Tamil Nadu elections for which polling has taken place today, according to election authorities of the state.

A total of 2,748 candidates, including 141 women, are in the fray. Officials said that technical snags held up polling in some booths but things were set right immediately to allow a smooth and uninterrupted polling process. Voting started at 8 a.m. 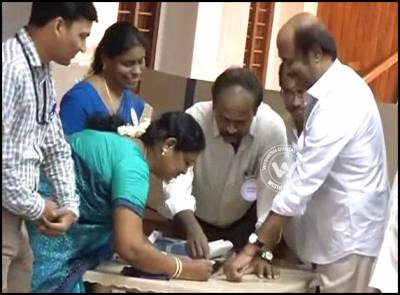 Jaya phenomenon at the helm again!