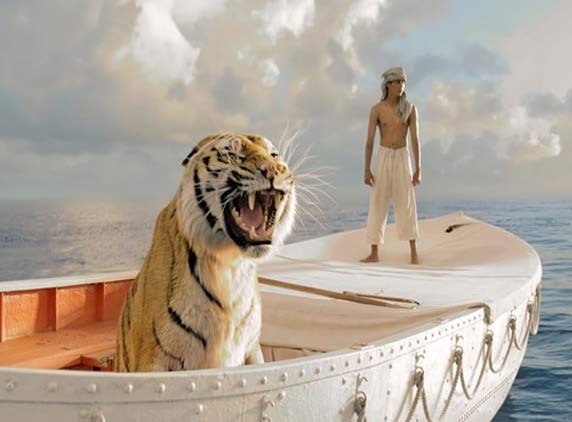 'Life Of Pi' stars Indian actors Suraj Sharma, Irrfan Khan and Tabu. The film has been released 23 in 2D and 3D in English, Hindi, Tamil and Telugu across theatres in India. Record says that 'Life Of Pi' has the second highest opening of all time for Fox Star Studios after James Cameron's 3D epic 'Avatar' .

The story is about a boy who is adrift at sea on a lifeboat with a Bengal tiger after his family is drowned in a shipwreck. The movie was shot at the hillside town of Munnar along with the elegance of Pondicherry.

The film has got extremely favorable reviews from the critics and it's admirers list includes several Bollywood biggies like filmmakers Karan Johar and Shekhar Kapur, who showered praise on the masterpiece of Ang Lee.

"Life Of Pi-must watch!! Its message will have multiple interpretations and will be open to post viewing analysis. That's the fun of it," Johar tweeted on Sunday.

"Watching Life Of Pi second time in two days. Brought my daughter and her friends. Nice to see a full house and lots of kids. Fantastic movie," Kapur tweeted.

"Life Of Pi" is based on Yann Martel's Booker Prize-winning novel. 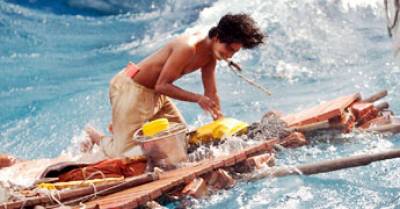