‘I am not here to answer any one’ – Navadeep, Find out the latest news from andhra and the India in Andhrawishesh, Navadeep interview, careless role in Gautam S.S.C, Arya-2, Aakasame Haddu, He is an Actor, who has managed to create his identity in the industry without any support and completely on his Acting skills and ability to enact any role with an ease.
https://www.andhrawishesh.com/ 09 Sep, 2011 09 Sep, 2011

‘I am not here to answer any one’ – Navadeep

‘I am not here to answer any one’ – Navadeep 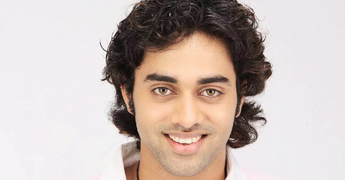 He is an Actor, who has managed to create his identity in the industry without any support and completely on his Acting skills and ability to enact any role with an ease. Be it a careless teenager ka role in ‘Gautam S.S.C’ or a negative shades ka role in ‘Arya – 2’, he has proved his worth as an Actor. Navdeep’s another film ‘Aakasame Haddu’ is released today. Let’s see what this Actor has to say about his career, films, and future;

I am here to do good work

I made my debut in the film industry, out of passion for films and to prove ‘Yes, even I can act’. It was always my dream to be a recognized actor in the Telugu Cinema and I am more than happy that people recognize me today, after 5+ years of my acting career in the industry. The day I have stepped into this industry, I have decided I would not restrict myself to play only certain set of characters. I am here to do good work and sustain as a good actor in this industry. Now, weather it is a negative shaded role or a commercial hero’s character or a comic touch role, end of the day a Cinema is nothing but a medium to get entertained. As far as audience finds me entertaining, I am here.

A Rewind of my career

I really do not understand how these 5 years have already completed. Initially, I was completely on my own of doing or not doing a film, accepting or rejecting the role and I have made some wonders and many blunders in accepting the roles. But, no regrets. This is completely a life that has been made by me, with no support. Yes, I do thank Teja Garu, for recognizing the Actor in me and giving a life for me by casting me in ‘Jai’. This film, though was not a commercial success, helped me in making my identity in the industry and then many offers followed in. films like ‘Manasu Maata Vinadu’, ‘Gautam S.S.C’, ‘Arya – 2’ have proved me as an Actor. Within 5 years of span, I have experimented with much variety of roles. Even in Tamil film industry, I have done some worth mentioning roles. I might not be a super star and I neither want to be. I am recognized as an Actor and any film maker who is looking for a actor who can do a challenging role is approaching me today. I feel more than satisfied with this improvement of my career.

I am lucky that I am not involved in any ‘Image’ tag, of categorizing me to only certain set of roles. I have done n number of characters in many films and this helped me to get more work and more sustainability in the industry. Moving further, I really do not want to get involved in any ‘image’ tag. I want to do a hero role, a comedy hero role, a negative shaded character and experiment with all the characters that come my way.

These days there are many films after watching the same, we would be in a dilemma that, what the director actually wants to say. The connect and the clarity in the films is missing. But, ‘Akasame Haddu’ is a film that has lots of entertainment along with the message in it. The film is clear and does not disappoint the audience. I feel this role has completely satisfied me as a Actor. The film, released today, and I am sure this will be a definite success, just like the music of the film. I share a screen space with another hero in the film Rajeev and heroine Panchi Bora. We three have done our best job.

For every actor there would be one film in his life that changes his career for a better. For me, it is definitely Krishna Vamsi’s ‘Chandamama’. The film actually projected my acting skills, and people have known that Navdeep can even give a complete entertaining performance, with this film. What else I can say, I am thankful to Krishna Vamsi, for giving this role and film to me.

This is as common as getting a flop film. Whether you are successful or not, once you are in the news and people are recognizing you, then you being linked up with your co star has become very common. I have worked in certain good amount of films and almost all the heroines were of my age, so I being friendly with them and vice versa am so common. But, this is industry yaar, here being linked up for no reason, happens every now and then. I prefer not responding to the same. If I find someone special in my life, I have no qualms in disclosing the same.

Pawan Kalyan Takes Up Chaturmasya Deeksha:- Janasena Chief Pawan Kalyan took a break from politics and he shifted his focus…