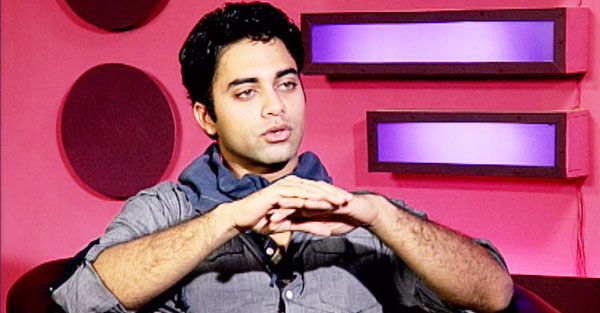 It is no that we are not aware how entertaining Navadeep’s performance in all the films that too recent releases he have been doing in. be it ‘Chandamama’, ‘Aarya – 2’ or the latest release ‘Oh My Friend’, Navadeep not only have done multi starrer films to a major extent but also proved his worth and let the audience know his importance for the film, by depicting extra ordinary performance in each film. Andhrawishesh presents the chat with Navadeep who talks more than ‘Oh My Friend’, apart from the film;

About the success of ‘Oh My Friend’

This was expected. Right when we were shooting for each and every sequence of the film, during the post-production, and even during the music launch and prerelease of the film, we the entire team of the film were predicting the success of the film. Moreover, Youth and family audience are connecting with the movie at the major extent. Only that, some set of audience would have come to the theater with their own expectation about the film, and would not have been satisfied seeing the film to be not as the same as they expected. But this definitely does not mean that the film is not successful. The revenue the film is collecting and the audience response itself shows how big a success ‘Oh My Friend’ is. It is a journey of four lives. Along with the screenplay of the story, even the dialogues, particularly those of Siddarth and TanikellaBharani in the pre climax sequence made many parents and youth audiences think. The film will atleast change the perspective of girl and guy being friends in today’s society.

Reason for accepting the role

I remember saying here after I would be keener in doing Solo hero films, during the time of ‘Aarya – 2’. But, when the most successful producer of T – Town, DilRaju and the director of the film, approached me to play a key role in the film, that would move the story of the film ahead and would conclude the film, I took up the opportunity to depict the role as I felt that I am worth enough to play the role and even Raju has recognized it, so I am being offered the role. As far as I know, in all these years of my association with films, and from all the films I have done till date, I have not played such ansuttle and matured role as I did in ‘Oh My Friend’. I am satisfied as an Actor.

Both my director VenuSriram and Producer DilRaju are the two people who are well versed with each and every minute expression of the film. Venu Sri Ram has been associated with DilRaju’s production house in the direction department from some years now and made his debut as a director. He is a person who would listen to everyone but only implements the suggestions if he is totally convinced. Here, I would share a secret about my role in the film, that I have never talked about before. There were some crucial sequences of mine in the film, in which my role that is ‘Ajay’ supposed to behave a bit matured and different from the other roles. Venu has made me give three kind of variations in expressions in each shot and posted the best suited as per the feel of the role on – screen. We tried three different expressions of dialogues while enacting a sequence in many scenarios and of course the meter of the role is the same. Only that how affective it can be made understood to the audience was worked upon and today, almost everyone who have seen the film have understood the role of ‘Ajay’ in depth. This is one of the best and difficult roles I have done in my career. In enjoyed playing ‘Ajay’ in ‘Oh My Friend’.

Whom the movie caters to

DilRaju is such a film maker who would love to make those films that cater to youth on a major extent. At the same time, he also ensures even family audience have to connect to the film. Only then, the film would be a commercial success as believed by DilRaju. ‘Oh My Friend’ caters 80% to youth and 20% to the family audience. The film talks about the love and friendship between four people that stands out to be a major break in their lives and relationships and how the same would be sorted out at the end. Today, taking the confusion about love and friendship in the youth, such a story being created and presented to the audience, I am sure the film would help many in analyzing that thin line between love and friendship and to be more matured in their lives.

About the co – stars

I do not have much of sequences with Hansika, but I shared a very good rapport working with the three co – stars. Our co – ordination that talks a lot on screen, actually shows what being professional and working without  any ego in mind means. I know Siddarth prior to this film, but I have got to know what a good co – star he is to work with, once I have started working with him. He is so involved in the story and screenplay of the film, that he does not mind underplaying and enhancing the importance of certain sequences. Actually, in the climax sequence of the film, Siddarth had more dialogues than me. But, keeping the takeoff of the story in mind, Siddarth wanted me to run the show and rest all Artists supporting the same. It was very good working with Sruthi Hassan as well. She and Siddarth, both are multi-talented Artists and true professionals.

About the emerging trend of Multi starrers

As expected, this is a very positive sign for a Cinema to survive and grow. Be it all the multi starrers that attained success till date, ‘Oh My Friend’ or DilRaju’s fourth coming film starring VenkateshGaru and Mahesh Babu. As a audience I would love watching two well-known stars performing together in the film and that itself should be the USP of the film. As an Actor, I prefer to do as many as multi starrer films as I can, as I love entertaining people. Be it as a Solo hero or playing a key role in a multi starrer. End of the day, whatever we do, the audience has to get entertained and accept the same. If this happens with multi starrers than nothing like it.

About the over whelming response on playing ‘Ajay’

Even I was aware of the response my role in the film would get, after the release. But, I have not expected such a high percentage of response from the audience. I receive a lot of appreciation from the audience on my performance being the stealer in the second half. It has been close to 8 years I have entered the industry and till date, with not much of commercial successful films as a hero I am surviving in the industry and all this is because my talent has been recognized. Hope audience would sustain their impression on me and accept me as the same they are doing now…

Good to see the Actors like Navadeep who made to be successful in this industry with no God Father and only their talent being their strength!