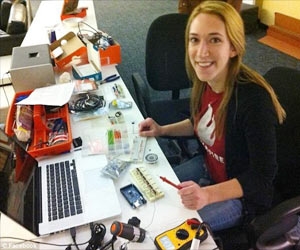 Facebook CEO's sister, Arielle Zuckerberg joined a social networking company Wildfire, which was recently acquired by Google (one of the major rivals of Facebook). This news became viral on Internet when one of the three Zuckerberg sisters,  Randi Zuckerberg tweeted that Wildfire had more Zuckerberg family members.  This was her tweet: “Congrats Wildfire! There are officially more Zuckerberg family members working for Google than Facebook.” Randi, who tweeted this, worked with Facebook for six years as director of marketing. She left in 2011 to start up her own media company.

The experts are of the opinion that there must be sibling rivalry between Arielle Zuckerberg and Facebook CEO Mark Zuckerberg. It may be recalled that Arielle expressed her displeasure over Mark's wedding by tweeting: “Balls. Now I'm the only unmarried Zuckerberg.”