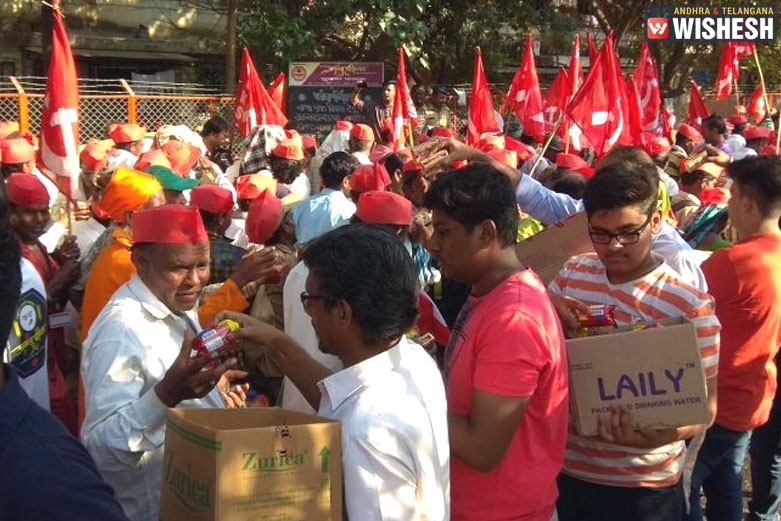 Kisan Long March: Mumbai Welcomes Farmers With Food And Flowers:- After the farmers across Maharashtra have been ignored badly and their demands kept aside, over 50000 farmers walked all the way from Nashik for over 180 kms to Mumbai as a part of their protests. They skipped meals, slept in the open for over 5 days after which they reached Mumbai during the early hours of Monday to Mumbai. They have been greeted by locales, residents and students. The farmers have been provided food packets, water and flowers by the people supporting their protest.

People flooded across the Eastern Express Highway to support the sea of red. Several organizations headed to Azad Maidan to feed the farmers with food and students have been spotted distributing water. Several people have been spotted showing their solidarity to the farmers. The farmers have been demanding waiver for their loans for financial relief and have been requesting the government to support them get better prices for the crops. The state government passed Rs 13782 crores as loan waivers for over 35.68 lakh farmers out of the 89 lakh farmers who are expected to get benefit through the scheme. 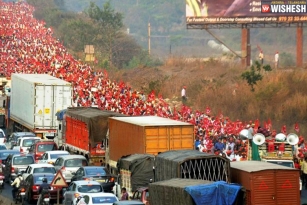 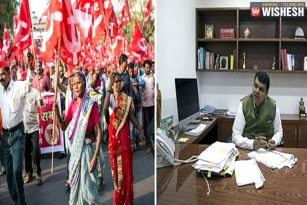