A hotel building collapsed in Choutuppal Hyderabad rural and in the incident a worked died.
https://www.andhrawishesh.com/ 12 Oct, 2013 12 Oct, 2013

Another Hotel Collapse in Hyderabad

Another Hotel Collapse in Hyderabad 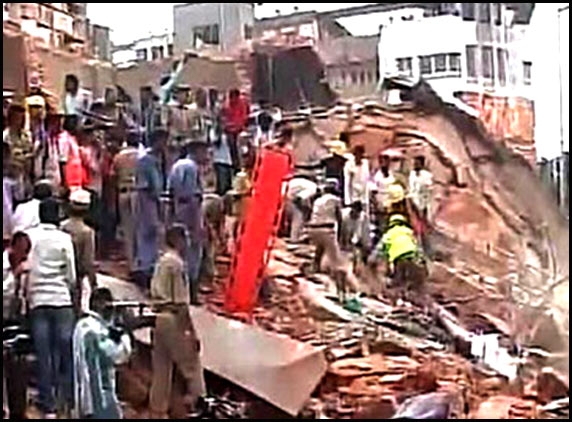 A hotel building collapsed in Choutuppal Hyderabad rural and in the incident a worked died.

The worker found dead under the debris after the body is taken out by the police is identified as Karanthotu Sankar (22) belonged to Kadapaganti Thanda in Samsthan Narayanapuram Mandal.
Shankar had been working in the hotel for many years.

City Light hotel in Secunderabad collapsed in July in which 17 people died.