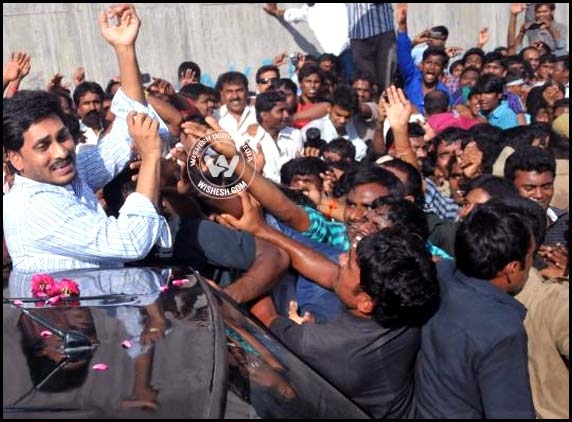 With the release of Jagan after 16 months in jail, followers all over Andhra Pradesh have been celebrating like there is no end. When the accused leader finally walked out of prison, thronging supporters ensured traffic stopped on his way home.

On the happy occasion, many people pushed their way through a thick crowd to catch a glimpse of the politician. Police, present around Jagan in huge numbers, had to resort to lathi charge to keep the cheer under control.

During his slow progress towards Lotus Pond residence in Banjara Hills, Jagan was stopped many times by people leaving no space to move. Near Mozamjahi market, he did step out for a few minutes, but ducked back in immediately as the crowd's energy was a little too much to handle. Hyderabad wore a celebratory look on Tuesday. 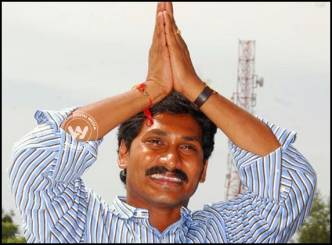 Jagan comes out of Jail