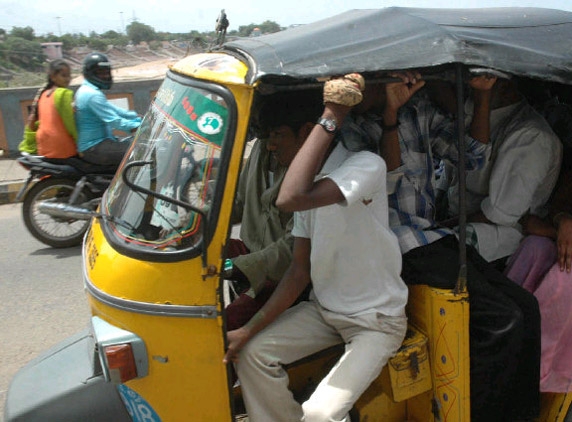 Auto Strike is observed in the Capital City of Hyderabad city protesting implementation of Government Order (GO) 108 which empowers the traffic police to levy a penalty of Rs.1000/- for signal jumping, over loads than permissible limits, wrong parking, cell phone driving and other such traffic violations.  The auto strike that started on Wednesday is continued and intensified on Thursday.

Many auto drivers are earning their livelihood plying autos in the city of Hyderabad connecting the places where RTC failed to do or where service of RTC is not frequent and inadequate to the flow of passengers.  And also there are other auto rickshaws that generally move in the city to transport passengers from one place to another.

The visitors and tourists and others in a hurry prefer an auto as taxis are not readily available on the roads but they are to be ordered and called.  The travelers who are not familiar with the city usually go for an auto ride and in turn the auto drivers take them for a ride demanding much more fare than it is earned on meter.

At many places daily office goers prefer shared autos and 7 seated autos to reach their working places in time.  School children at many places are transported in autos.

Auto drivers say that they earn an average income of Rs.400 per day which is a meager amount to run a family.  In those circumstances, they alleged, how one can survive if a penalty of Rs.1000/- is charged which will square up their three days’ earning at one go if they are lucky enough not to be penalized during those three days again.

For more details on GO 108, http://hyderabad.trafficpolice.co.in/search?q=go+108 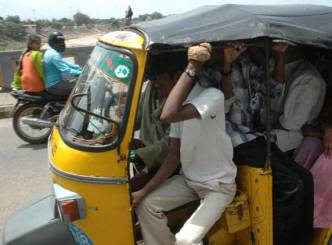