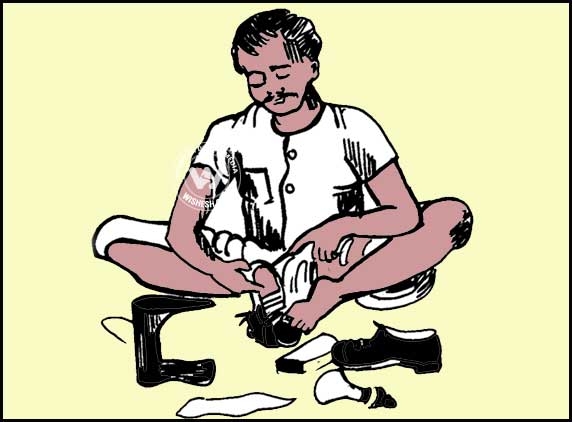 During the early hours of Sunday morning, a cobbler was found shot dead in Begumpet. The mysterious killing has stumped police as the dead cobbler, Ashok, had no record of crime nor has any enemies.

Everyday, he used to walk across from his shoe repair spot to a wine shop in SR Nagar, as soon as he earns enough to buy some alcohol. Secret CCTV cameras in the Shanti Bagh apartment building, the footpath of which is Ashok's 'office' revealed that he is a chronic alcoholic and that he frequented the wine shop.

Sadly, the cameras could not catch the murder footage as their range is not that far. The man is a 62 year old cobbler survived by a wife and two sons in Nizamabad. Including 250 others, police continuously interrogated the Solanki brothers. The businessmen Varun Solanki and Arun Solanki brothers are linked to the murder for carrying a .32 pistol that killed the cobbler.

However, police are yet to find hard evidence and a solid motive for the occurrence. Not much has progressed in the investigation as the old man had no obvious enemies. Due to a lack of information, authorities are searching in the dark for clues on the strange murder.