Hyderabad gets closer to its Metro

Hyderabad gets closer to its Metro 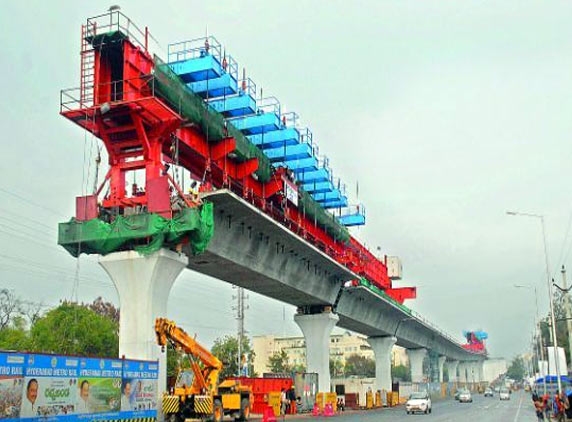 Hyderabad Metro Rail works are progressing at a brisk pace and taking care to no damage of underground pipelines. The officials implementing the work having tough time, many places where water just burst forth from the sewerage and pipelines after being hit by drilling machines. The engineers also facing problems while doing over ground works like erecting pillars for flyovers.

The pipe-lines to be shifted to safe distance so that if any leakage happed the pillers will not effected. The survey says water was found to be amassed at a 40-km extend under the road dividers in three corridors of metro rail. The survey was carried out jointly by the Water Board and the engineers of Larsen and Toubro.

N.V.S Reddy the managing director of Metro Rail said that L&T is shifting the pipelines to a safe distance and will not be face any problem in future. " Every care is being taken that international standards are followed while shifting water and sewer pipelines" he added.