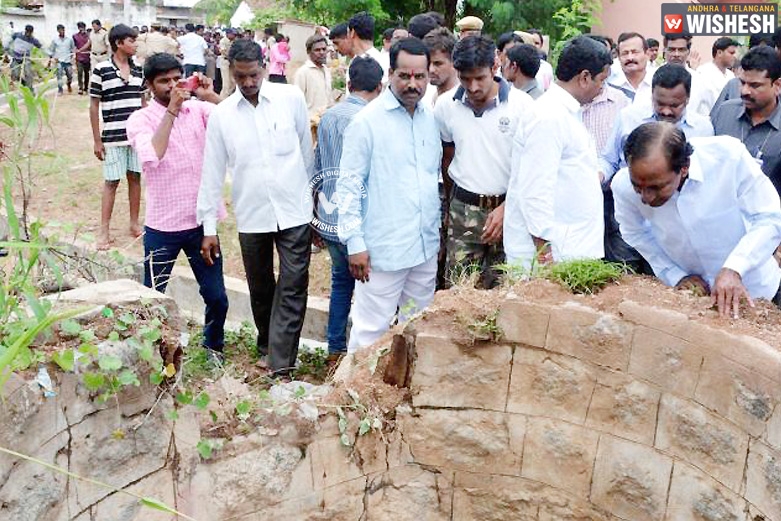 After the successful Harithahaaram and Gramajyothi programmes, Telangana government started yet another programme named ‘Sramadanam’ today in Telangana state.

Regarding this, Telangana Chief Minister KCR participated in the ‘Sramadanam’ programme today, in Erravalli village in Medak district. He even did not mind to clean the garbage and collect it into a basket.

Along with KCR, many other Telangana government officials participated in the programme and contributed their part of service. After the programme, KCR had lunch with the villagers.

Speaking on the occasion, KCR said, “Erravalli should become Bangaruvalli and everyone should follow that model in future, being united for the development.”

It is known that, High Court recently said that, the artificial ripening of fruits with the poisonous chemicals like carbide, is destroying the health of the citizens. Reacting to this, the Telangana government is planning various strategies to grow pure healthy fruits and vegetables to the people in the state.

For the proposal mentioned above, the government decided to construct the godowns in Hyderabad, Khammam and Medak districts of the state in the beginning and latter continue the same in other districts too.

Reportedly, the government will use 6500 hectares of land for performing the pure Pomegranate, Mosambi, Mango and Banana cultivation.

Unlike other governments, it seems, Telangana government is more concentrating on the rural areas these days. In fact, the recent Gramajyothi programme also is aimed at villages only. If the government forward in the same way, moving it away in the next elections might be a nightmare to the other parties.