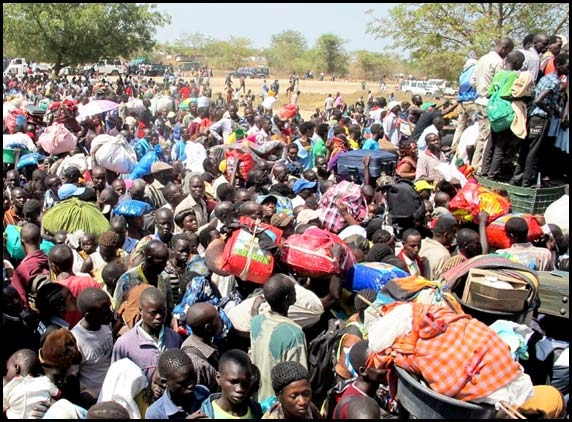 The relatives of the Indians stranded in South Sudan in the civil war like situation, followed by conflict between ethnic groups of the country, are worried about them.

There is no response for the inquiries made by the Government of Andhra Pradesh in that matter.  Letters were addressed to the Overseas Indian Affairs Ministry and also official of South Sudan Embassy asking them for the safe passage of Indians across the border. But the Secretary (political) N.Siva Kumar says that no response was received so far and the Government still waiting for a reply from them.

United Nations and world leaders interfered to bring peace in the country.  US, Ehopia and Kenya are making efforts to resolve the crisis in South Sudan.

As South Sudan President Salve Kiir has announced to talk to the agitating opponents to solve the issues making conflict.  As the crisis in the country is subsiding the officials are in the opinion that they may get response soon.

About 150 Telugu people from Krishna, Guntur and Prakasham districts are stranded in South Sudan and their relatives are anxiously waiting to hear from them.