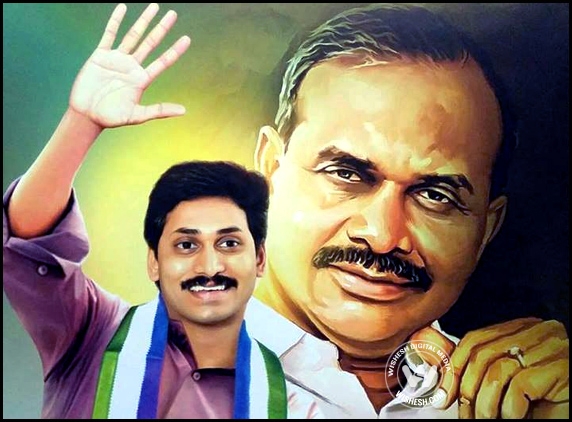 YSR Congress Party which was completely washed away in Telangana region, pinned quite a bit expectations on Seemandhra region. Like the Telangana sentiment for TRS party, YSRCP also banked on YSR sentiment and his wave.

Starting their noted with by-elections, YSRCP impressed by winning 15 seats out of 17. However with absence Jagan as he was sent to jail in disproportionate assets case, YSRCP was pushed behind. With over 16 months being in jail and CBI accusing Jagan of amassing so much wealth in short span, people's mindset changed gradually.

After getting out of jail, Jagan was not allowed to move out of Hyderabad which caused more worries and later taking up United Andhra Pradesh slogan did upset Telangana people. However, Jagan tried his best to convince Telangana by ensuring equal level of development if voted into power but by then the damage took the past. With the only hope to come into power in Seemandhra Jagan tried all his best. YSRCP went into Municipal and Parishad polls alone and as expected the results were a jolt to the party. TDP stormed as winner and in huge setback it also won key segments in Rayalseema where YSRCP has strong base. Nevertheless, YSRCP  main focus was to form government in Seemandhra but with exit poll results showing no Jagan wave, the tension is spreading allround YSRCP camp. 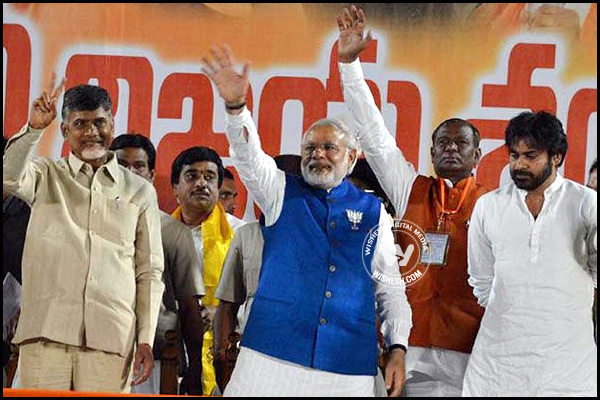 Two major icons are responsible for spoiling Jagan's wave and they are Narendra Modi and Pawan Kalyan. Modi's influence in the Seemandhra is very marginal and Pawan openly supporting TDP, played a crucial role in diverting the people's choice vote and that too in favor of TDP. Like no other politician did, Pawan throughout his election campaign alleged Jagan as a corrupt politician and his interview with several TV channels has stunned many. Despite getting threatening calls, Pawan continued to accuse and induct Jagan as corrupt and his campaign has helped the TDP. Even Chandrababu Naidu knew that Pawan factor helped them and so he personally invited Pawan for a lunch at his residence.

Clarifying that Pawan has zero percent return and least bothered about any fancy post, grabbed the eye of the young voters. Another highlight of Pawan's campaign is he even dared to question TDP and its boss if they fail to fulfil the promises made to the public. The way Pawan campaigned in each and every constituency across Seemandhra, his speeches, a fire to do something for the country and people, all worked in favor of TDP.

On the whole, Pawan was successful enough in stopping the Jagan's wave in Seemandhra and he evolved as a star campaigner. The most astonishing thing is Pawan questioned like a CM! [Common Man].