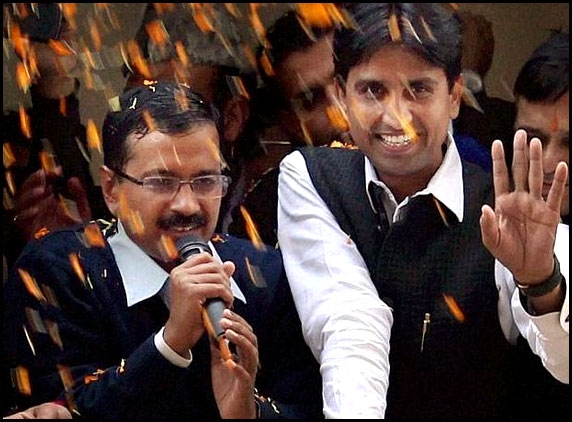 Arvind Kejriwal  started his Aam Admi Party as an one man army on November 26, 2012 on whom many have whirled their criticism whenever possible belittling his confident talk. He kept his words and made Congress party candidate Sheila Dikshit taste a defeat after ruling for 3 consecutive terms (15 years) over Delhi.

Arvind Kejriwal (45) is a native of Hissar Haryana and Engineer from Kharagpur IIT. He worked for Tata Steels for 3 years from 1989. He was selected for IRS in 1995. He worked hard on public service activity.  He made his efforts to bring awareness on the Right To Information (RTI) Act. He was honored with Ramon Megsyasay award in 2006 for his services.

Arvind Kejriwal worked with Anna Hazare in Anna’s fight for Jan Lokpal Bill. When the Lokpal draft Bill  was ridiculed, Kapil Sibal said that it is easy to comment from outside and show your worth joining politics and clean it if you want. Kejriwal took it as a challenge and showed his worth with only agenda as he has been telling to oust Congress party from Delhi.

AAP was allotted the election symbol of a broom. The party leaders literally swept roads during their election campaigns and also gained a sweep in the elections. Aam Admi which means common man has finally won as AAP states. 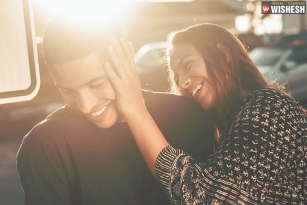 Reasons Why Forgiving is Important in a Relationship

Reasons Why Forgiving is Important in a Relationship:- Any relationship is not perfect without differences, quarrels. In this modern world,… 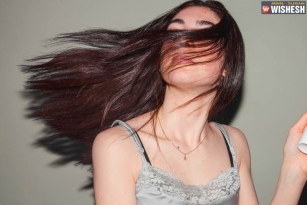 Anxiety can have a Huge Impact on your Skin and Hair

Anxiety can have a Huge Impact on your Skin and Hair:- The coronavirus pandemic brought a lot amount of stress…

An Adorable Video of Seal Asking for Food is Breaking the Internet:- With the coronavirus lockdown all over, the entire… 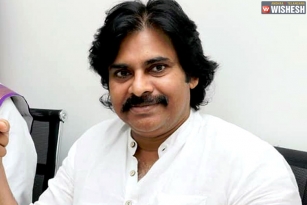 Pawan Kalyan in talks for Ayyappanum Koshiyum Remake?:- Powerstar Pawan Kalyan is making his comeback to mainstream cinema with Vakeel…

Akhil-Surendar Reddy Film Locked:- Akkineni's handsome lad Akhil Akkineni is on a roll. He tasted three disasters in a row…