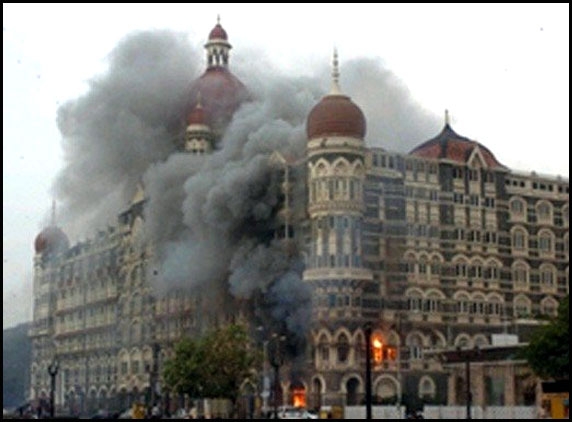 It is five years ago on this day that the violence erupted in the busy city of Mumbai that lasted up to November 29, 2008. A total of 164 innocent people were killed and 308 were wounded in the ghastly attacks of the terrorists at 8 places in Mumbai.

Chief Minister of Maharashtra Pridhviraj Chauhan and Police top brass paid tributes to the victims of the 26/11 terrorist attacks at the program held at Gymkhana.

Ten men reached Mumbai shore in Colaba on 26th November at about 8.00 pm in inflatable speedboats who were seen by the fishermen and asked who they were for which they replied ‘mind your own business’ and went away after splitting into different groups. The incident was reported by the fishermen to the police who did not give much importance to it.

First Chatrapati Shivaji Terminal was attacked by them at 8.30 pm in which Ajmal Kasab was one of the two gunmen.  They fired from AK 47 indiscriminately on the passengers in the terminus till 8.45. 58 people were killed and 104 were injured there.  After going out they fired on the pedestrians and police men on the roads.  Then they went to Cama Hospital to kill the patients but the patients wards were locked by the hospital staff.  When the Mumbai Anti Terrorist Squad reached there they fired on them killed and injured the policemen belonged to the squad. Then by taking their vehicle flew from there, and took another car ultimately to end at a road block by the police.  Then exchange of fire took place and ultimately Ajmal Kasab was arrested where as the other terrorist was killed.

Then the attackers opened fire at Leopold Café in Colaba, Taj Mahal Hotel and Oberoi Trident Hotel. Time bombs were planted in taxis.  Jewish Center in Colaba was taken over by the terrorists and held several residents as hostages. NSG entered the scene and ended the violence in which one commando was killed. 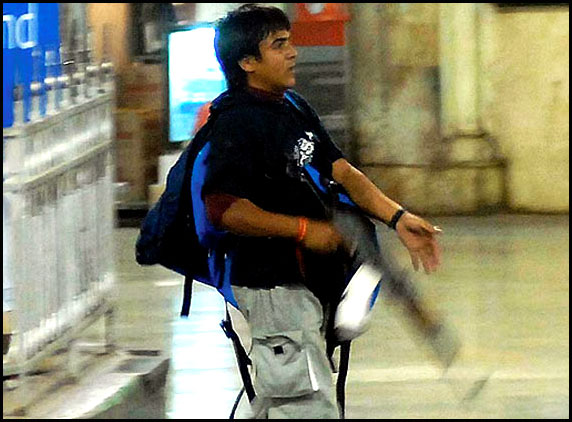 Ajmal Kasab was the only terrorist caught alive on whom the trial went on and ultimately he was hanged in Yerwada jail on 21st November 2012 at 7.30 am.

First Pakistan Government denied that the attackers were from Pakistan.  But later it was agreed by them that Ajmal Kasab belonged to Pakistan.

The Taj Mahal Hotel and Oberoi Trident hotel also made special programs to pay tributes to the victims.

Kashmiri killed in US missile attack