Governor ESL Narasimhan Suggested Pawan Kalyan to Stay as Pawan Kalyan after going home but not to become Power Kalyan meaning he should not opt to go for political power.
https://www.andhrawishesh.com/ 21 Nov, 2013 21 Nov, 2013 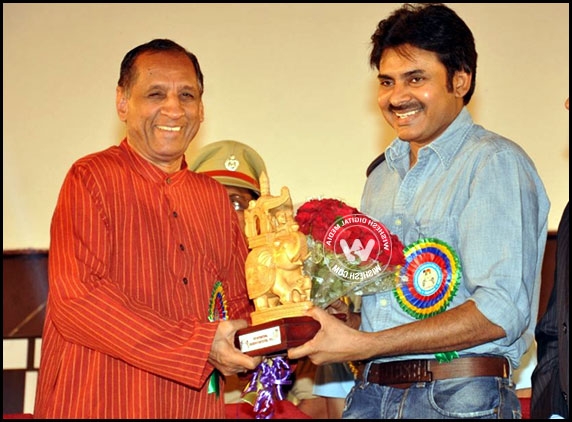 Governor ESL Narasimhan Suggested Pawan Kalyan to Stay as Pawan Kalyan after going home but not to become Power Kalyan meaning he should not opt to go for political power.

Governor who attended the concluding function of Children Film Festival at Lalitha Kala Thoranam Hyderabad as the chief guest saw that the special invitee Pawan Kalyan stood as the center of attraction in the event.  While delivering his speech he addressed Pawan Kalyan to draw the attention of the audience and bring cheers from them.

Addressing Pawan Kalyan as “Aaradugula Bullet” drawn from the lyrics of the song in the latest hit of Pawan Kalyan’s “Attarintiki Daredi”, the Governor said that the Power is ok in the Attarintiki dari (way to In laws) but he should only be Pawan Kalyan when he reaches home. 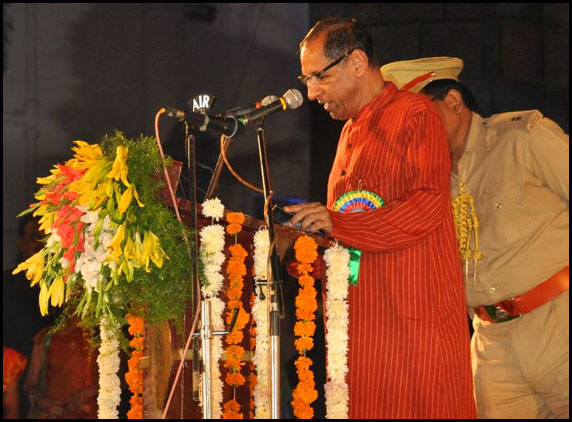 For the speculations in the media that Pawan Kalyan and Nagababu will join TDP, they have already clarified that they are satisfied and busy with their professions and not interested in politics.  They have made an official declaration to that effect after the speculations were mounting so high that the leaders of TDP also started believing them. 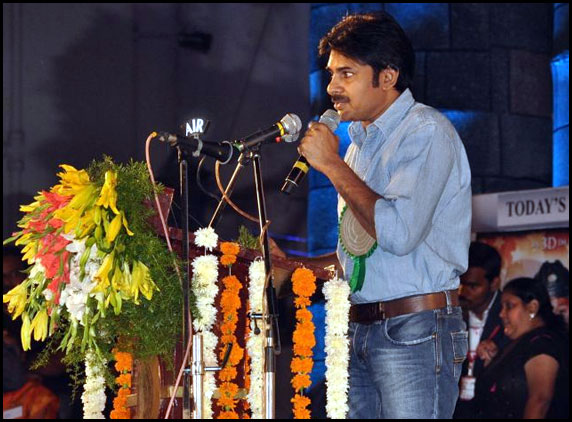 When the turn of Pawan Kalyan came to speak in the film festival, he said only said two things.  One is, when he was invited to the closing function of the film festival he first hesitated but after seeing that the crowd is filled by children he wanted to attend it.  Secondly he expressed his happiness for the Governmet’s efforts to make Hyderabad an avenue for such a program for children.  He just ended his speech after that with Jai Hind but did not say anything about himself or his profession or tried to answer to Governor’s suggestion.

Pawan Kalyan is called power star as his presence fills the atmosphere with power in a gathering, in the sets and in a movie.  The power of politics is very small compared to the power he has at present.  A political leader cannot satisfy all but an artist can. 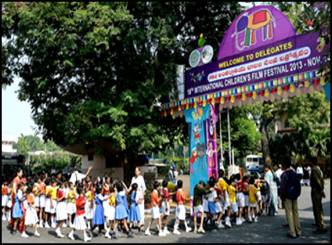