None of the above option has come to force from the polls in the Chhattisgarh for the first time in India.
https://www.andhrawishesh.com/ 11 Nov, 2013 11 Nov, 2013 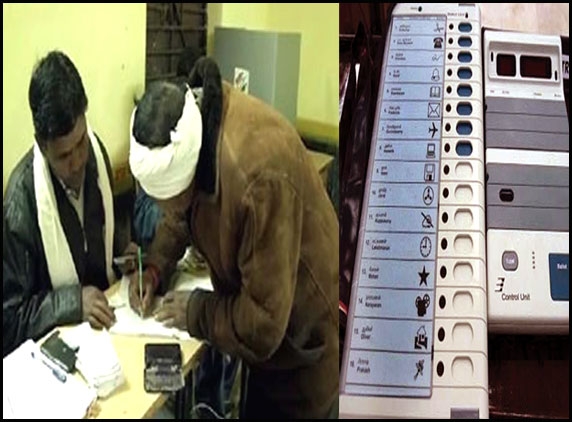 None of the above option has come to force from the polls in the Chhattisgarh for the first time in India. The first phase of the polls took place today amid tight security.

The Center has sent 562 companies in addition to the 40 batallions of Para Military force available in the State.  Exchange of Firing between Security forces and Maoists occurred in Dantewada and Bijapur districts.  Police and Maoists also exchanged fire at Tulenga in Narayanpur District. Maoists snatched EOMs being used in the elections from Pankhjor in Kanker district.  In the same district the polls at the tense Durgapur and Sitaram constituencies have started late.  A police man was injured in the district in the bomb blast that took place in the morning.

The Joint Electoral Officer DD Singh said that 28% of the polling is complete so far in the 12 constituencies of Bastar and Rajnandgaon.  Women voters outnumbered men in the first phase of polling in Chhattisgarh.