There was violent collision as well as disagreement between anti-India protesters and government forces in Indian-controlled Kashmir.
https://www.andhrawishesh.com/ 21 Sep, 2013 21 Sep, 2013 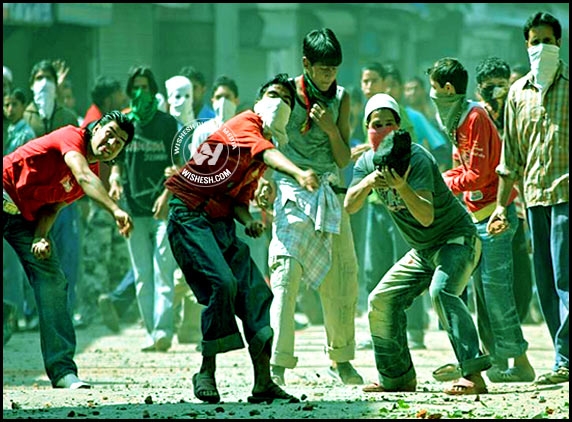 There was violent collision as well as disagreement between anti-India protesters and government forces in Indian-controlled Kashmir. The police informed this resulted in hurting minimum of seven people during Friday.

Police officer Abdul Gani Mir said the clashes burst forth suddenly and violently in Kashmir's main city of Srinagar in succession to troops prevented hundreds of people from marching to the southern town of Shopian. Separatist groups had called for the march. Shopian has been under curfew for two weeks having incidental reference of the killing of five people in two paramilitary shootings. Violent collision were also announced in the northern town of Baramulla.

Unfortunately, violence accompanying social chaos have been the medium for showing power of protest. When it comes to disputed Kashmir, furiousness take a much intensified turn. Injurious physical force result in killing several innocents including children.

Do we really gain anything??