People in the Greyhound bus ride expected to see New York City in its light and were all excited about being in the Big Apple but little did they know that their ride to the Apple would be interrupted by a swarm of cockroaches.
https://andhrawishesh.com/ 19 Mar, 2013 19 Mar, 2013 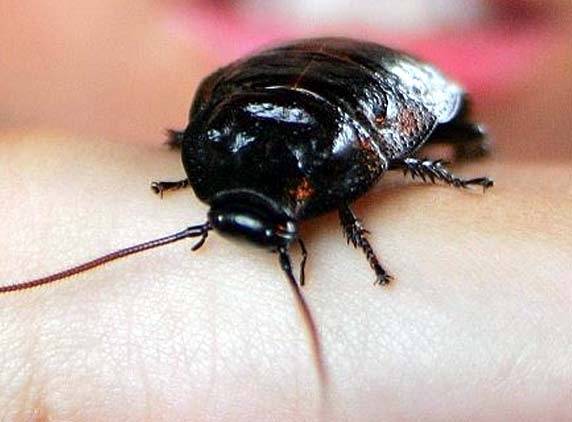 People in the Greyhound bus ride expected to see New York City in its light and were all excited about being in the Big Apple but little did they know that their ride to the Apple would be interrupted by a swarm of cockroaches.

Cockroaches on bus? Meh! No problem. That is Indian style but people freaked out in the New York City when a bus had to pull over when there was a swarm of cockroaches on the bus. They refused to get on the same bus and waited for the replacement?

Cockroaches may not be a big problem in India, we tend to ignore them but in New York, people scuttled hither and thither in scare after they learnt that there were several cockroaches on the bus.

Greyhound bus ride had a moment of trouble with people running around after a scare of a cockroach swarm. They had to pacify and make a replacement for the bus immediately.

The bus started from Atlantic city and in less than 15 minutes several cockroaches welcomed the guests on board with a surprise. However, people failed to acknowledge that the cockroaches were only warmly welcoming and mistook them for cold-blooded terrorists, though the latter were cold blooded and could create terror.

48 passengers forced the bus to come to a halt, and a replacement vehicle was brought to their site immediately. Cellphone snappers were quick to take a few scary pics of the sweet creatures on board and send them over to the media which promptly broadcast the news for the world to see.

Greyhound administration were quick enough to apologize and make amends, "We at Greyhound apologize for this inconvenience and have spoken with each passenger regarding this incident”.

Also, the ride was free for the passengers! Greyhound decided to refund the fares as a goodwill gesture.