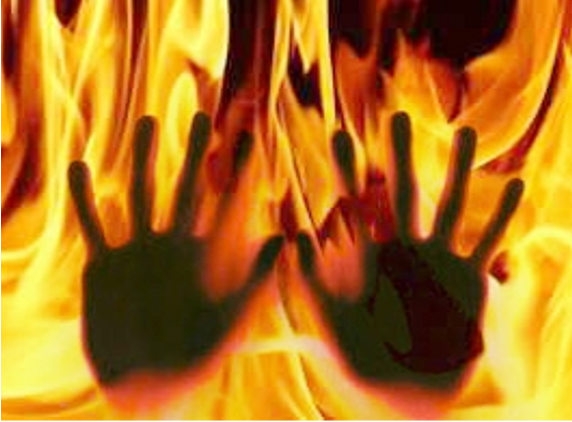 In yet another honour killing, a man has allegedly immolated his 20-year-old daughter for eloping with her boy friend. The girl died on the spot while her mother suffered injuries as she attempted to save her daughter, Rubina Shaikh. After the incident, father Mohammed Burhan Sheikh surrendered himself to Surat police. The boy friend of Rubina, Javed on hearing the cries of his girl, came along with family to Rubina's home and tried to save her. But, the brother and father of Rubina stopped them. The police sources said that brother of Rubina even attacked the father of her boy friend.

It may be noted that Rubina fell in love with Javed. Their love relationship turned strong. Rubina's father, on getting to know this, has expressed his anguish over the affair and apparently warned his daughter of dire consequences in case she doesn't put an end to the affair. The couple, who were in love head-to-toes, eloped on June 13. Rubina's father, however, came in contact with his daughter through telephone. He promised he would get her married to the man of her choice in case the couple return swiftly. The happy couple, who believed the gentleman rascal's words, returned home and the moment they arrived Mohammed Burhan Sheikh splashed petrol on his daughter and had set her on fire.

The police booked cases on father and brother of the deceased. The incident has sent shock waves in the entire town.