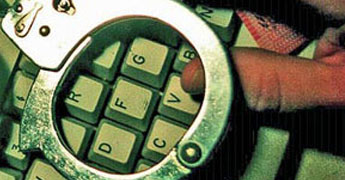 The Pune Cyber Crime Police had on Friday arrested a 29-year old M.Tech qualified techie for uploading obscene profiles of a boutique owner into adult websites for allegedly supplying her low quality dresses for her honeymoon.

Police said the techie was furious after she found that the boutique owner had given her unsatisfactory dresses and had decided to take revenge for that. The techie then uploaded the obscene profiles and the mobile number of the boutique’s owner into three adult websites.

The boutique owner started receiving calls from the prospective customers. When the owner informed the matter to her husband, he lodged a police complaint. It was revealed in the police investigation the techie uploaded the obscene profiles into the three adult websites from her home computer.  Police had apprehended her through her internet connection’s IP Address.

Police said that the techie, originally hailing from Mumbai, has been working for a highly reputed IT Firm situated in Pune’s Kalyaninagar. When police had called her for interrogation, she readily confessed her crime.

She was produced in a Pune court which sent her to 15-day judicial remand. She was later granted bail.