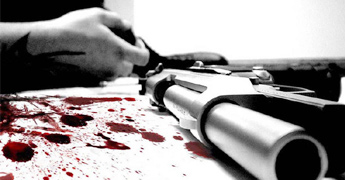 Chennai police last night arrested four men for the murder of 23-year old software engineer C. Parthasaradhi on May 2. The arrested include Mr Narasimhan, an assistant engineer in the Chennai Metro water Woks and three henchmen hired by him to kill Parthasaradhi.

Police said that Narasimhan’s daughter Saranya, an MBBS student fell in love with Parthasaradhi and they both got married with out the permission of her father. A furious Narasimhan, who felt the family’s honour was at stake as his daughter had eloped with a man of another caste and married him, had arranged henchmen through one of his friends to kill the young software engineer.

The paid killers had abducted Parthasaradhi on May 2 at his office and took him to Samayapuram near Tiruchi and on their way back home to Chennai strangulated him to death in a car. They later burnt the body with kerosene. Narasimhan told police that he agreed to pay Rs. 2 lakh to the killers and paid an advance of Rs.25,000.

The police investigated the case on a complaint lodged by Parthasaradhi’s wife Saranya and now are on the look out for Narasimhan’s friend who arranged the killers.