‘I was not bothered to know ‘Mogudu’s Story’ says Tapsee!

‘I was not bothered to know ‘Mogudu’s Story’ says Tapsee! 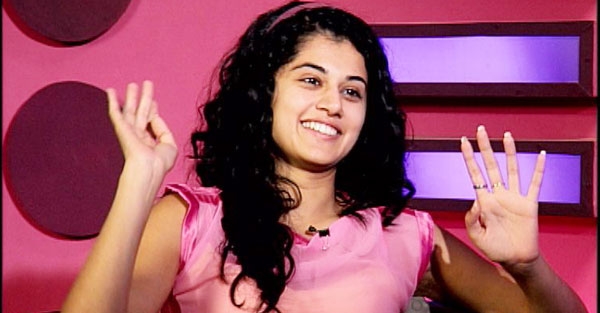 ‘I was not bothered to know ‘Mogudu’s Story’ says Tapsee!From Engineering to Heroine in films, Tapsee has made her dream in reality and today has n number of experiences to share with us. Though she has done comparatively less films in all these years of her career, we can remember her work. with her own logic of choosing the roles and films, Tapsee has bagged one of the important role in much well known director of Telugu Cinema, Krishna Vamsi’s ‘Mogudu’. We cannot stop talking about Tapsee’s role in the film, after watching the same. Andhrawishesh presents you the chat we had with Tapsee, where the Actress talked about K.V (Krishna Vamsi), ‘Mogudu’ and Gopi Chand of course;

About the journey with ‘Mogudu’

One fine morning, I get a call from Krishna Vamsi Sir’s office and the manager tells me, I have been chosen to play a lead role in K.V Sir’s next film. Without even I second thought, I have gone to K.V Sir’s office and signed the agreement. Only in the first meeting I have known about the story and my character in the film. I suppose almost every heroine would dream to work under K.V Sir’s direction and me getting this life time opportunity, right in the initial stages of my career, I am blessed. Moreover, I am even happy to play such an important role in ‘Mogudu’. When it is a Krishna Vamsi’s film, it is for sure that mostly the story line would be based on family entertainment. This way, you can act in most appreciable jorner of film and get closer to the audience as well. The same happened with ‘Mogudu’. The film released on 4th November, started picking up its collections as more and more audience prefer to watch this film along with their family. I am blessed to work with such great technicians, right when I made my debut in RaghavendraRao Sir’s ‘JhummandiNaadam’.

About mixed results of ‘Mogudu’

This is bound to happen with any film. It is not necessary that every film would satisfy all the set of audience. Neither the film is made catering only certain set of audience. if we see the film from a director’s perspective we would find almost every film, convincing. And you can’t see the film from audience perspective as it is very unpredictable to decide what audience prefers to watch at any given point of time. but, history says that the success rate of many family entertainers is comparatively high to that of other jorner of films. so, considering this in mind, we have to decide the success of any film and not based on the mouth publicity. ‘Mogudu’is definitely declared to be a success, b’cos we can see the crowd pulling to the theaters. After all, it is Krishna Vamsi who has directed a family entertainer after a gap, so who would want to give the film a miss.

Likes in regard to Krishna Vamsi’s style of film making

After working with him, I felt he is the address for family entertainers. Every point on the film he shows and every aspect in the story has a logic that makes you think. He considers the story to be the soul of the film. he is in love with every minute aspect of cinema and that definitely shows in his style of film making. To work according to his phase initially, I have worked very hard to emote the right expressions he wants. He is such a director who would not even think of compromising until he gets the desired output. I have heard Krishna Vamsi’s style of film making earlier, but got an opportunity to experience the same with ‘Mogudu’. Every audience at some point or the other would connect the film to their lives while watching ‘Mogudu’. This learning experience would definitely help me to give the best of my performance in the films, I do here after.

About her connect with the sequence in ‘Mogudu’

(Laughs) As such I have not faced either of the situations in the film with my life. But, I really liked a line Krishna Vamsi has depicted in the film, ‘Every Man can become a Husband, but every husband cannot become a Man’. Not only this, the takeoff of the film, the emotions that depict every role to be right in their own place, the struggle that faced by the lead roles, what not, every aspect of the film is convincing. We in the film did not try to give a definition of perfect Husband, wife, family and relation. We tried to project how every person changes according to the situation. This has made the film appear more close to the audience. We neither exaggerated any situation. Everything in the film would be very natural and normal, it is just that the audience have to decide, if they could connect with these situations or not. All these perfect sequences put together has given as ‘Mogudu’ to the audience.

He is such a well behaved and soft spoken person and most important a fantastic human being. In the film, I and Gopi have many combination sequences that demanded a lot of co – ordination and performance from both of us. No doubt, he is a great actor, along with the same he is a best co – star to work with. He helped me a lot to get the best of the performance. Since I am not well worse with the language, he was the one who suggested me to tell the dialogue in Hindi first to get the expression and then tell the same in Telugu. This advice is a great help for me, all through my career. I could only emote the best performance with his help along with K.V Sir’s guidance. But yes, out of all other heroes I worked with Gopi Chand is a very shy and reserved person (laughs).

About Shradda Das, complementing on Tapsee as a Good Human being and she (shradda) did not see a good human being like tapsee in her career

Ohh! That is so sweet of her. I have seen Shradda as an Actress, in the films like ‘Darling’ and ‘Aarya – 2’. We gelled very well while shooting for ‘Mogudu’. I feel Shradda has complemented me as a Good Human Being as she is a good human being first and only then can see good in rest of the others. I suppose we have changed that notion of no two heroines can be good friends (laughs).

Well it is not only that, but Tapsee has also changed the notion that we have on today’s heroines are arrogant and itt behaved. Long way to go Tapsee! 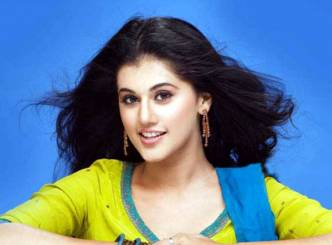