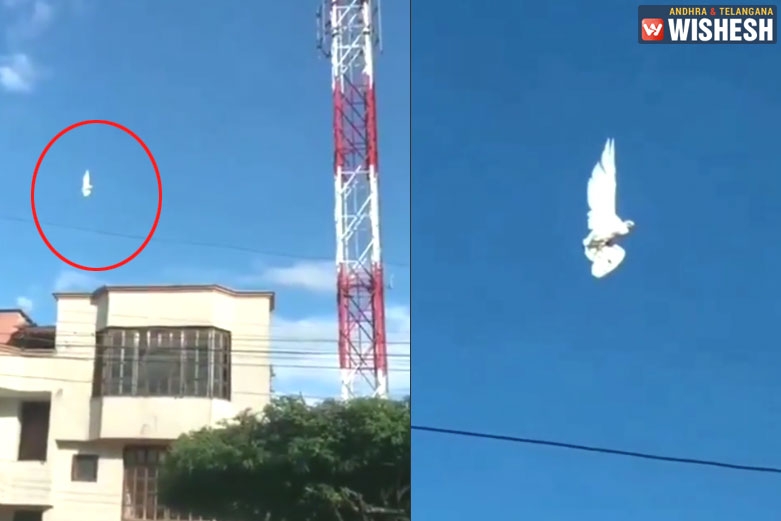 Mysterious Video: Bird Spotted Frozen In Mid-Air:- A bird was spotted frozen in mid-air and this mysterious footage is going viral across the internet. The video was shot on July 9th in a neighborhood in Tulua Valle in Columbia. A user named Hechizero shared this video on twitter which went viral and spread like wildfire. The bird is spotted motionless in the air with its wings spread in the sky above a two-storey building. All the passers are spotted taking a stop and they had a look at the surprise. The bird appeared to be twitching after the camera zoomed in.

"There is a static pigeon in the air next to a 4G antenna and there are apparently no wires nearby. Tulua Valle in Columbia" shared a user on Instagram. Some of them called it a stunt while some of them responded calling it a madness. 'Drones and it is a drone bird' wrote others. Some of them expressed if there is a cable which is quite thinner and cannot be spotted. Most of them expressed their sympathy for the bird thinking that it got stuck somewhere in the mid-air.

Prabhas Lines Up Two Films For 2021

Prabhas Lines Up Two Films For 2021:- Young Rebelstar Prabhas is focused on his next film titled Radhe Shyam. The…

Nithiin and Team Flies to Dubai for Rang De

Nithiin and Team Flies to Dubai for Rang De:- Young actor Nithiin is riding high with the super success of…