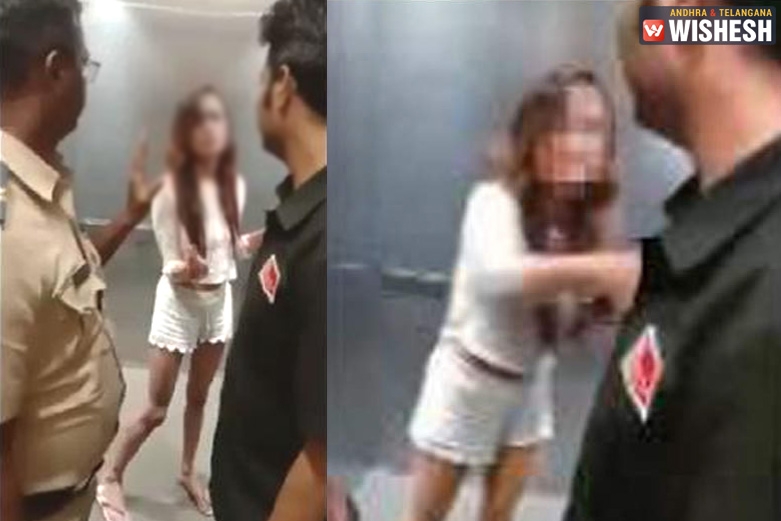 Woman Strips Off In Lift When Cops Wanted Her To Come To Police Station:- An aspiring model and a content writer by profession created a sensation after she stripped in the elevator of a gated community in Andheri, Mumbai to escape from cops who came after she had a tiff with the security guard. She later tweeted that the cops forced her to come to the police stations at 3 AM with no female cop present. In her post, she tagged the Chief Minister, Prime Minister and the Commissioner of Police.

The video clips of the incident have been making rounds all over the internet. This incident took place on October 25th at Lokhandwala Complex in which the woman has been staying as a paying guest. She had a fight with the guard after which she dialed 100. She said that the guard misbehaved with her and the guard claimed that she abused him. The cops have been asking her to come to the police station for which she refused and stripped down in the elevator.

She asked the cops to speak to her lawyer. No FIR has been registered about the incident. As per Section 160, no woman can be asked to come down to the police station and the interrogation can take place at her residence in the presence of a woman cop. A woman cannot be arrested after sunset and before sunrise.

(Video Source: The Times Of India) 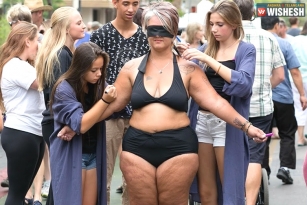 Woman strips in public for self acceptance