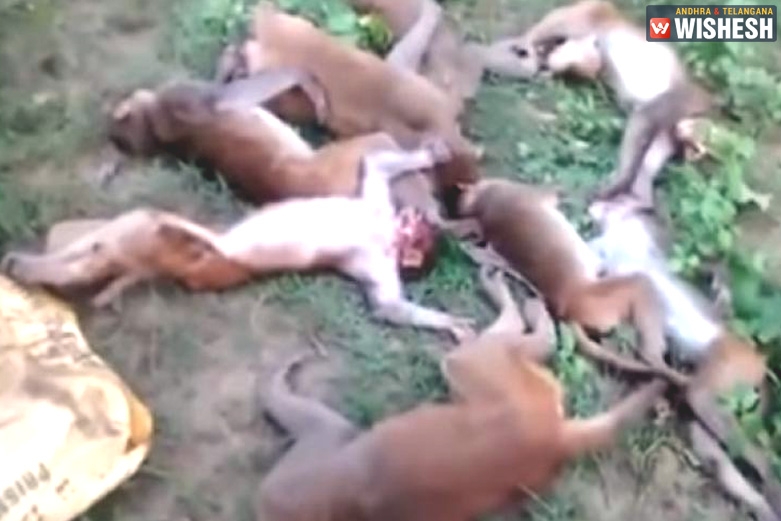 Tiger Scare: Heart Attack for 12 Monkeys:- In an unexpected move, 12 monkeys in Uttar Pradesh have been located dead after they have been scared by a tiger. The locales located a dozen monkeys dead after which they informed the cops. A team of experts were left in shock after they examined the dead monkeys. They revealed that the monkeys faced simultaneous heart attacks after which they passed away. Suspecting that they have been poisoned, post-mortems have been conducted. It was later it was clarified that they suffered heart attacks.

Veterinary doctor Dr Sanjeev Kumar confirmed the news and said that they have been scared due to tiger's roar after tigers have been frequently visiting their area. Forest department workers located the bodies of monkeys however wildlife experts claimed that the deaths may have taken due to infection. However another vet confirmed that they don't die due to infection and confirmed heart stroke as the reason for their deaths.