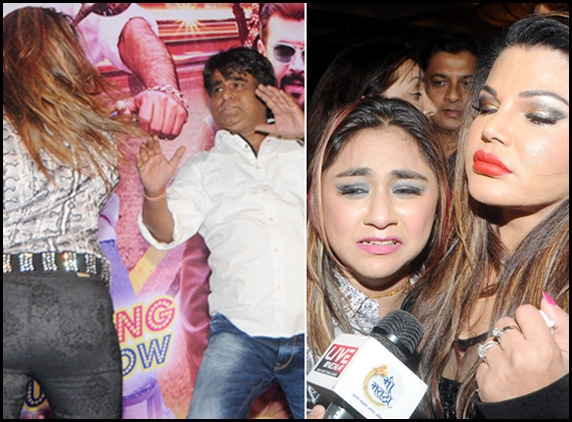 A budding actress slapped Mumbai Can Dance director Sachindra Sharma in public at the film's music launch event. The actress has alleged that the director promised her a role in the film but later denied her the role. The film stars Rakhi Sawant in the lead role. The slapping visuals were caught on tape which are going viral.