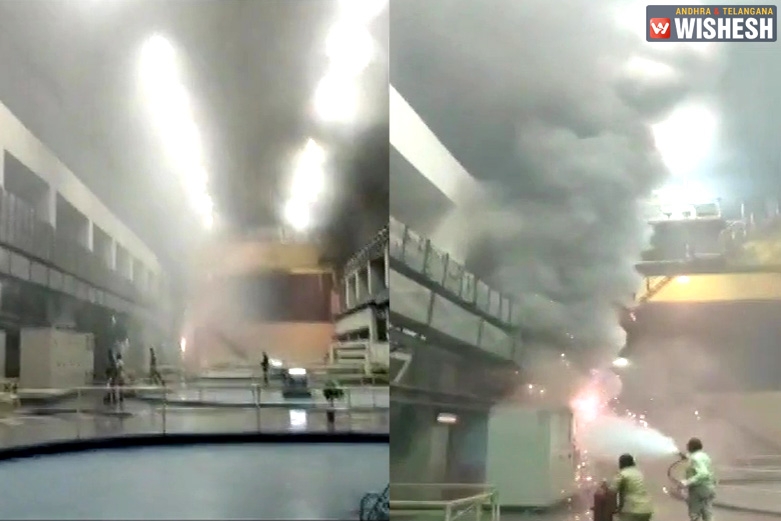 Fire Breaks Out at Srisailam Hydroelectric Plant Powerhouse:- A fire broke out at the Srisailam hydroelectric plant powerhouse near the dam and it led to an explosion. The incident took place in Nagarkurnool district of Telangana during the late hours of Thursday. The initial investigation says that the incident took place due to a short circuit that led to fire. Out of the 17 people who are present in the spot, eight people escaped safely through the tunnel and the other nine are believed to be trapped inside. Six TS Genco employees and three private employees are among the nine who are trapped inside. Firefighters rushed to the spot and they are carrying out the rescue operations at Srisailam hydroelectric plant powerhouse.

Telangana minister Jagadish Reddy and TS Genco CMD Prabhakar Rao are on the spot and are taking care of the rescue operations. The fire mishap took place in the first unit of the power station. About four panels are completely damaged and the rescue personnel were unable to enter into the tunnel because of the thick smoke. The power generation operations at the Srisailam hydroelectric plant are suspended after the incident took place. Srisailam hydroelectric plant is located on the dam across the Krishna river at the border of Andhra Pradesh and Telangana.

The government of Telangana sought the help of NDRF after eight hours of rescue efforts. The engineers of Telangana State Power Generation Corporation (TSPGC) have been working on routine maintenance work when the accident took place. The locals spotted dense smoke coming out from the region which surrounded all the areas in no time.