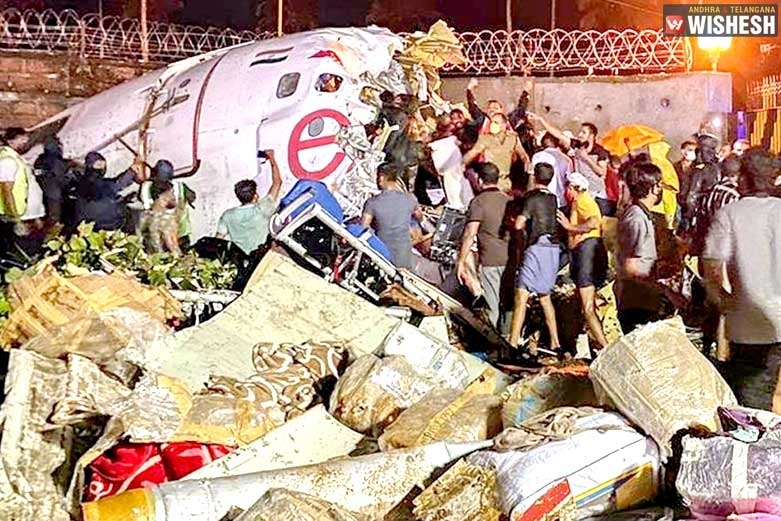 20 Dead After Air India Flight Falls into a Valley in Kozhikode:- 20 people including the pilot DV Sathe got killed after an Air India flight from Dubai overshot the runway and fell into a 35-feet valley. The aircraft breaks into two pieces and had 174 passengers on board including 10 infants along with two pilots and five crew staff. The Aviation Ministry said that the flight was a part of Vande Bharat Mission which is bringing back the Indians stranded abroad. The casualties are likely to go up as there are some of the passengers who are critically injured in the mishap. All the passengers are getting treated in various hospitals in Kozikhode. The co-pilot is also badly injured said the officials.

Air India Express (AXB 1344) took off from Dubai at 4.45 PM and landed in Kozhikode at 7.41 PM under heavy rain and low visibility. The aircraft continued to move and it hit the boundary wall and fell into the valley. The aircraft broke into two pieces. The front region from the cockpit to the main passenger door was ripped off. Several passengers got trapped inside and were rescued by the cops and the CISF. Over 60 ambulances from several hospitals of Kozhikode are rushed to the spot to take the passengers to the hospitals. Prime Minister Narendra Modi expressed his grief over the incident. Kerala Chief Minister Pinarayi Vijayan and Governor Arif Mohammad Khan will visit the spot today.

Two special flights from Delhi and Mumbai are deployed to carry on the relief activities.