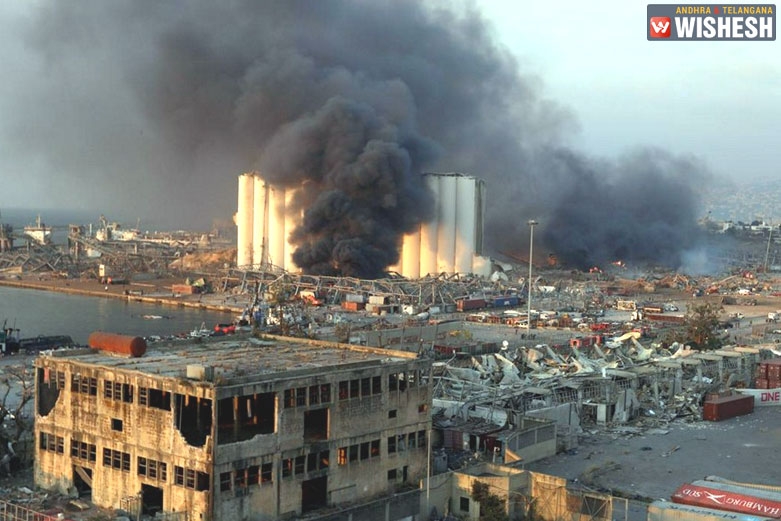 78 Dead and 4000 Wounded in Lebanon Blast:- Around 2750 tonnes of ammonium nitrate which was kept stored in Beirut port warehouse exploded on Tuesday and the capital of Lebanon, Beirut was left devastated. 78 people passed away in this massive blast and over 4000 people got injured. Around 2750 tonnes of ammonium nitrate was left in the warehouse for over years without taking any preventive measures said that Prime Minister Hassan Diab. The blast sent a huge mushroom shockwave and even the distant buildings got damaged after the blast. Cyprus which is located hundreds of miles away could feel the 3.3 magnitude earthquake.

A video I received on WhatsApp of the scalr of explosion in #Beirut, confirming it was at the port. pic.twitter.com/bIkcyfsi0o

The Prime Minister said that the storage of material was unacceptable and he ordered an investigation for the blast. He wanted the primary investigation to be completed in five days. The death toll is expected to rise as there are more bodies in the wreckage. The country's Health Minister Hamad Hasan said that there are more number of people missing and the rescue operations could not take place in the night as there was no electricity. The incident took place at 6 PM local time and the firefighting teams rushed to the scene. The cars, ambulances and the military vehicles rushed to the spot and they are packed with the wounded.

The whole world is shocked by the incident and the videos surfaced on social media. The hospitals are filled with victims and many of them are severely wounded. The explosion damaged buildings across the city.