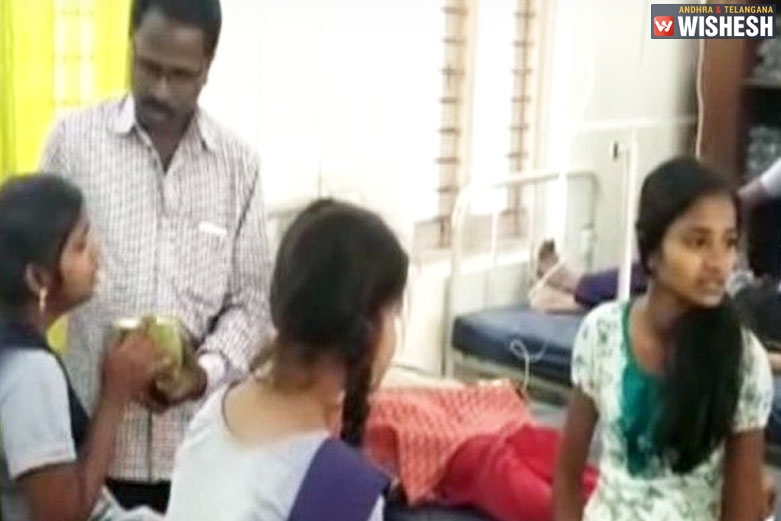 67 Telangana Schoolgirls Hospitalized For Food Poisoning:- A number of 67 school girls from Kasturba Gandhi Balika Vidyalaya (KGBV) from Chevella in Ranga Reddy district have been hospitalized due to food poisoning in Telangana. They were rushed to Niloufer hospital and fever hospital in the city on Sunday. The students were offered fruit salad and rice, dal, capsicum for dinner on Saturday night. 67 students out of 206 students complained of stomach ache on Sunday morning and they vomited at 8 AM after which they were sent to Chevella Government hospital.

Soon 37 students were referred to Niloufer hospital. Some of them were sent to Fever hospital in Hyderabad. A case has been registered under section 337 IPC (causing hurt by act of endangering life) and the school principal is taken into custody. The cooks are being questioned and the investigation is currently on. KV Swarajya Lakshmi, District Medical and Health Officer of Ranga Reddy said that they have collected the food sample and sent for investigation. The real reasons are being figured out currently.