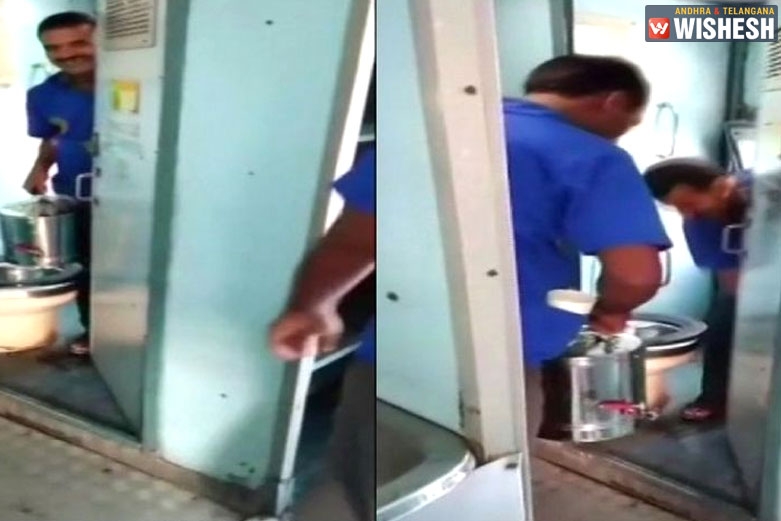 Railway Vendor Fined With Rs 1 Lakh After Video Of Tea, Coffee Brought Out From Toilet

Railway Vendor Fined With Rs 1 Lakh After Video Of Tea, Coffee Brought Out From Toilet

Railway Vendor Fined With Rs 1 Lakh After Video Of Tea, Coffee Brought Out From Toilet:- A video went viral on social media that showcased a vendor has been spotted coming out from a train's toilet with tea and coffee cans. The message has been conveyed that water was mixed in the cans from the toilet. The videos have been circulated across social media widely after which it reached the railway department. A fine of Rs 1 lakh has been imposed on the vendor.

The incident took place last year in December in Chennai Central - Hyderabad's Charminar Express at Secunderabad railway station. South Central Railway (SCR) Chief PRO M Umashankar Kumar revealed that an inquiry has been conducted after which stringent action has been taken. After the incident, the Commercial Department of SCR has been conducting drives.