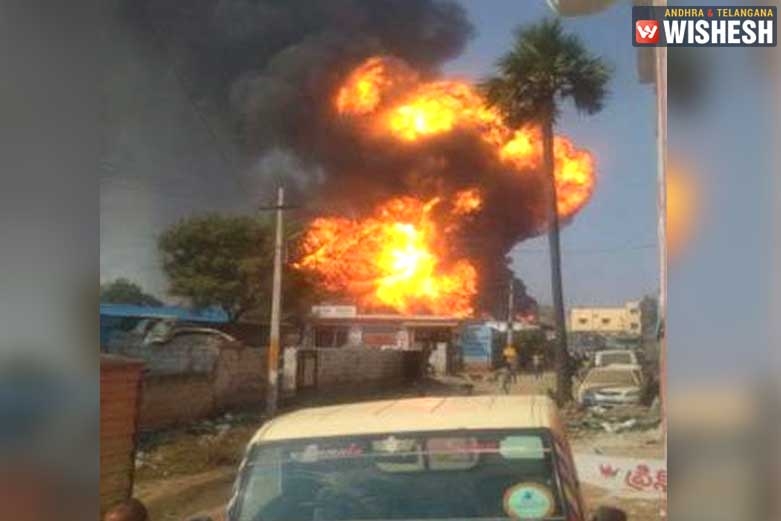 18 Injured After Petrol Tanker Catches Fire In Hyderabad:- Two petrol tankers loaded with inflammable material caught fire across the outskirts of Hyderabad which left 18 people injured. The incident took place on Medipally-Chengicherla road at a vehicle repair centre. The blast was so huge that both the tankers have been completely ashed into flames. Some of the two-wheelers passing through sustained enough burns and they have been rushed to the hospital. Thick smoke broke out through the surroundings after the incident and the locals have been completely left in deep shock with the incident. Locals revealed that the seal of the tanker was broken after which the incident took place.

Limited damage took place as there were less number of tankers when fire broke out. Malkajgiri DCP revealed that one of the tankers was empty because of which the explosion was limited. Three fire engines have been brought to the place to control the fire and several fire officials too got injured. The tanker should have hit the wall while moving because of which sparks spelled out and resulted in explosion. An investigation on the incident is currently on.