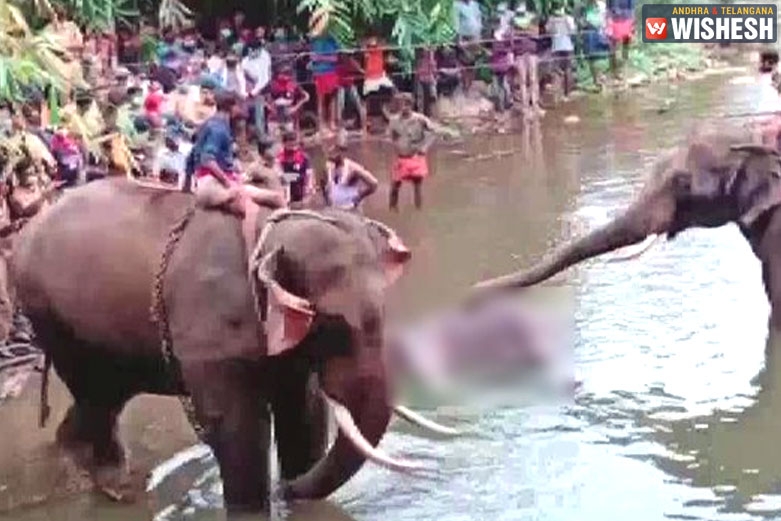 Nationwide Outrage For Killing Pregnant Elephant In Kerala:- A pregnant elephant got killed in Kerala and this triggered nationwide outrage. Kerala Chief Minister Piniary Vijayan promised to take stringent action on the culprits who are responsible for such a heinous act. The forest department is probing the case and the investigation is currently on. A case was registered in Mannarkkad forest division for killing a 15-year-old elephant. Couple of organizations even announced a cash reward for those who provide the information that can lead to the arrest of the offenders.

The elephant chewed a pineapple that was stuffed with explosives. The elephant stood in Velliyar river and died on May 27th at Thiruvizhamkunnu forest section in Kottopadam village. The forest department employed two kumki elephants to rescue the elephant but their efforts got wasted. The elephant is expected to have come in the buffer zone of Silent Valley National Park and it died on private land. The postmortem report is awaited. The pineapple was planned to kill crop-raiding wild animals. Social media is filled with condolence messages for the elephant and several demanded stringent action for the culprits who committed the crime.