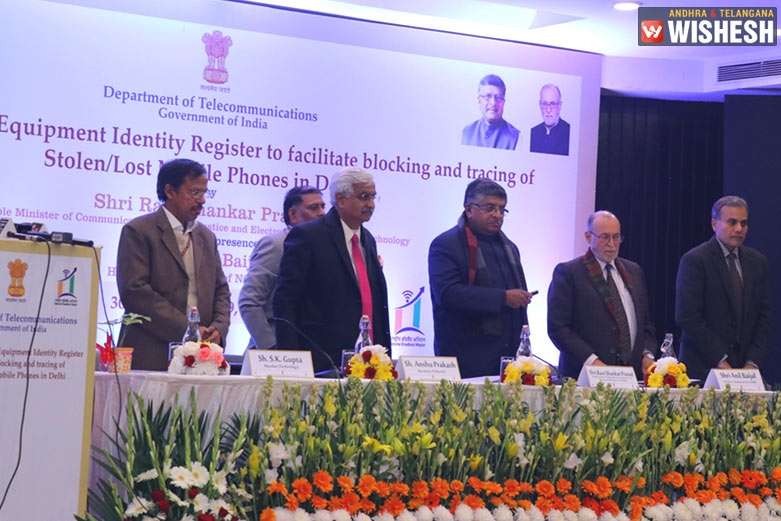 Centre Launches Web Portal to Track Lost Mobiles:- The government of India launched a web portal 'Central Equipment Identity Register (CEIR)' to block and trace the lost or stolen mobile phone in the country. Ravi Shankar Prasad, Minister for Communications, Law & Justice and Electronics & Information Technology said that the mobile security is a national priority as mobile turned out to be the most important part of everyone's lives and they are handling all the online activities through mobile phones. This web portal was launched in Mumbai first.

“While we exploit technology for development, the equally smart criminals induce technology for their own end. Therefore, we need a technology that safeguards our interests,” said Ravi Shankar Prasad. The portal will help the customers request blocking of the stolen or lost mobile phone. The mobile can be recovered or blocked through the step. Anshu Prakash, Secretary DoT and Chairman, Digital Communications Commission, said that the tele-density in the country has increased to 242 mobiles for 100 people and the mobile handset became a means to fulfil all day-to-day requirements.