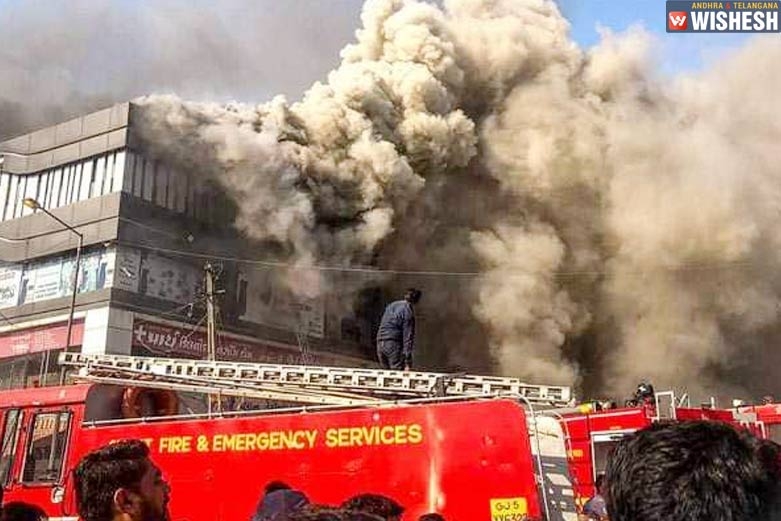 20 Killed in Surat Coaching Centre Fire Accident:- Atleast 20 people have been killed in a fire accident that took place in Surat in a coaching centre in Sarthana area. The coaching centre located in the third and fourth floor of Takshasila Complex caught fire. Chief Minister Vijay Rupani confirmed the deaths. Several students have been injured and are rushed to the hospital. Most of the students died of suffocation or jumping down from the building complex. A detailed enquiry is ordered on the incident.

Horrifying visuals are all over internet in which several students jumped off the building. The initial investigation confirmed that the fire was caused due to short circuit and a detailed investigation is currently on. The flames started from the ground floor of the building and soon reached the top floor. With no escape route, the trapped students had to jump off from the complex. 19 fire tenders and two hydraulic platforms were brought on to the spot and it took one hour to bring things under control. Locals helped in the rescue operation to save the students.