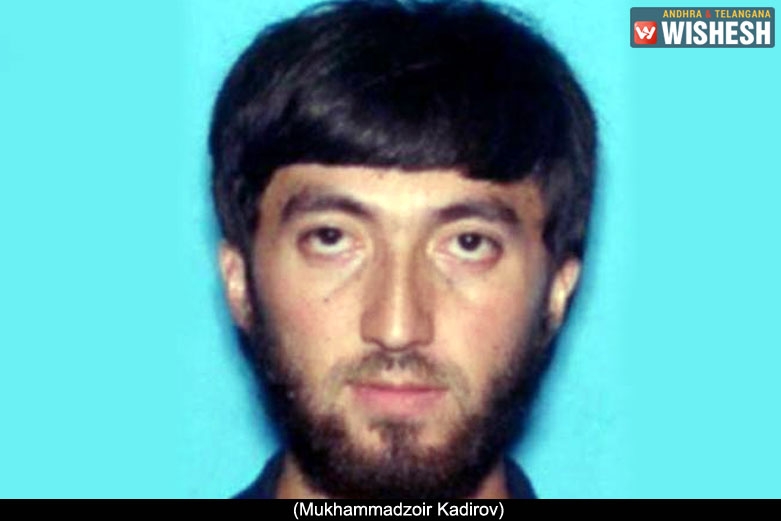 Second Suspect In Manhattan Terror Attack Found:- In connection with the truck attack this week in Lower Manhattan, a second Uzbek man had been found by the investigators they had been seeking in, said the Federal Bureau of Investigation (FBI) on Wednesday.

To recall the deadly incident, the terror suspect Sayfullo Habibullaevic Saipov (29) deliberately drove into bicyclists and pedestrians on a bike path in Lower Manhattan on Tuesday. Around eight people were killed and many were left injured. The accused left a note behind the rental truck, pledging his allegiance to the Islamic State of Iraq and Syria (ISIS).

The US President Donald Trump, hours after the attack, said that the United States must not let the ISIS “return to or enter” the country. Since 9/11, it was the deadliest terrorist attack in New York City, said the officials. Saipov originally hails from Uzbekistan. Federal charges were filed by the prosecutors against Saipov.

“The federal charges in civilian court, which detail how Saipov said he drew inspiration from Islamic State of Iraq and Syria (ISIS) videos that questioned the killing of Muslims in Iraq, contradicted calls from Trump to try Saipov in military court at the American prison at Guantanamo Bay, Cuba,” said the officials.

An alert was released by the FBI, saying that in connection with the attack, they were seeking information about the second man, Mukhammadzoir Kadirov (32). As per a criminal complaint, the accused, Saipov confessed that in the name of ISIS, he carried out the Tuesday attack in Manhattan.

How Saipov asked to hang an ISIS flag in his hospital room, was also detailed in the complaint. He was recovering from a gunshot wound on Wednesday. He told agents that he “felt good about what he had done”. Earlier on Wednesday, the police officials said that Saipov appeared to have connections to people who were the subjects of terrorism investigations.

Meanwhile, the US President Trump said that he will ask the Congress to halt the immigrant visa program. The New York City terror suspect entered the country through the visa program.

“I am today starting the process of terminating the diversity lottery program. I'm going to ask Congress to immediately initiate work to get rid of this program,” said the US President speaking during a Cabinet meeting at White House.

"Sounds nice. It's not nice. It's not good. It hasn't been good. We've been against it. So we want to immediately work with Congress on the Diversity Lottery Program, on terminating it, getting rid of it," he added.

Trump called the suspect an "animal" and said that he should have not been allowed into the country.

"My administration is coordinating closely between federal and local officials to investigate the attack and to further investigate this animal who did the attacking," Trump said.

According to the media reports, through the diversity visa program, Saipov may have gained entry. However, no confirmation has been received by the federal government, that if this is the case before Trump's remarks.

A statement was released by the US Department of Homeland Security afterwards, saying he did use the lottery to enter the US in 2010. The US State Department issues as many as 50,000 visas per year to people from countries that have low rates of immigration to the US, according to the visa program.