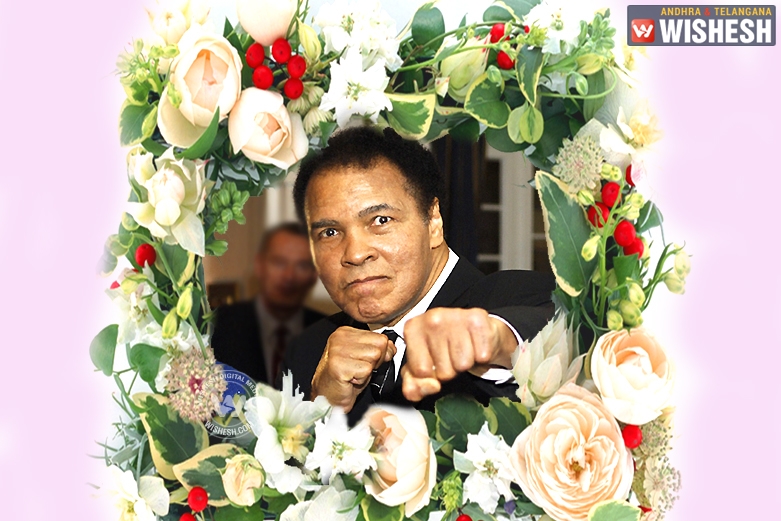 Muhammad Ali - the legend of boxing dies at 74

Muhammad Ali - the legend of boxing dies at 74

The funeral will take place in Ali's hometown of Louisville, Kentucky, his family said in a statement. “After a 32-year battle with Parkinson’s disease, Muhammad Ali has passed away at the age of 74. The three-time World Heavyweight Champion boxer died this evening,” family spokesperson Bob Gunnell said in a statement.

"I don't get it yet. I don't think it's hit me yet," Khalilah Camacho-Ali, one of Ali's ex-wives, told USA TODAY Sports. Camacho-Ali had four children with Ali, with whom she was married for 10 years. "The only thing I'm worried about right now is my children. I wish I was there with them (in Scottsdale) to support them because I know they're taking this very hard."

Born as Cassius Marcellus Clay, Ali shot to fame by winning light-heavyweight gold at the 1960 Rome Olympics. Nicknamed "The Greatest", the American beat Sonny Liston in 1964 to win his first world title and became the first boxer to capture a world heavyweight title on three separate occasions. He eventually retired in 1981, having won 56 of his 61 fights.

Crowned "Sportsman of the Century" by Sports Illustrated and "Sports Personality of the Century" by the BBC, Ali was noted for his pre and post-fight talk and bold fight predictions just as much as his boxing skills inside the ring.

He was also a civil rights campaigner and poet who transcended the bounds of sport, race and nationality.

Muhammad Ali once said: "As a man who never sold out his people. But if that's too much, then just a good boxer. I won't even mind if you don't mention how pretty I was."