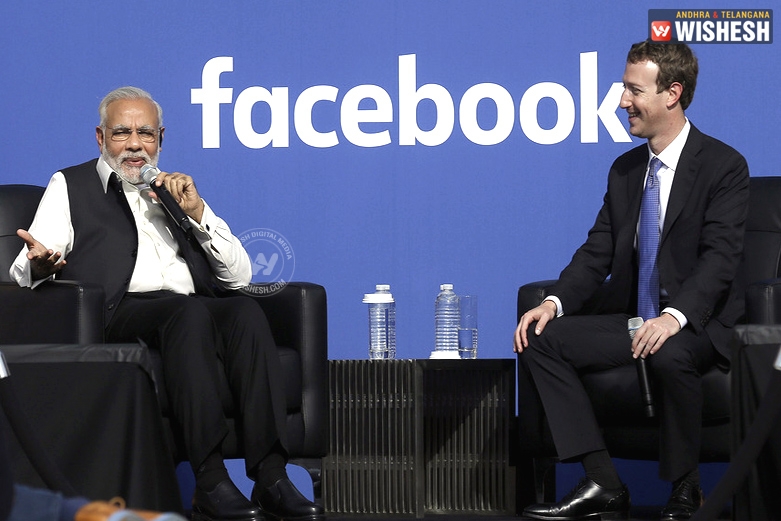 Modi cries in an interview with FB CEO

Modi cries in an interview with FB CEO

Prime Minister Narendara Modi cries in an interview with FB CEO, Mark Zucker Berg, while he was asked to speak about his mother.

As a part of the U.S. visit, Modi participated in an interview with Zuckerberg and answered a few of the questions, asked by the latter.

“I understand that your mother is very important in your life,” Zuckerberg said. “So I’m hoping you’ll tell us a bit about her,” Zuckerberg asked.

Before answering this question, Modi asked the crowd to stand up and congratulate the parents of Zuckerberg, who were sitting among the audience. Modi did this, keeping in mind, Zuckerberg’s victory, as a Facebook CEO.

Later, telling about his mother, Modi said, “My mother used to go to the neighbors’ house to wash the utensils, to fill water and many other hard chores, to raise her children.”

Along with this, Modi even answered a four other questions as below.

1. You were one of the early adopters of the social media. At that point, did you think that social media and the internet would become such significant tools for governing, citizen engagement and foreign policy?

Answering this, Modi said, “When I first signed up on the social media networks, it was completely out of the curiosity, and I could not have imagined the impact it would have.

“Previously, we used to have elections every five years, but now, we have them every five minutes,” Modi said.

2. What investment is your government going to make to enable the next 800 million to 1 billion people in India to get connected?

We are going to link all the villages in the country through an optical-fiber network over the next five years, and prioritize the digital infrastructure alongside the physical infrastructure.

“The people who are familiar with India, if they look all over the world, they can observe that, the civilization has developed and settled along rivers. But times have changed now. I think we will find that, the cities are going to be situated along networks and optical fibers in the future.”

3. Do you think that, doing business in India has become easy in the last 15 months? There’s a perception that reform is slow.

Modi answered this question in an indirect way, comparing with a moving train and explained about the changes that take place, while dealing with the big machines.

“When the country is so big, the change is not a one day game. It takes time as a there are many obstacles to cross.” However, many felt that, Modi tried to divert the issue and answered the question so quickly and got ready for the next one.

4. Everyone is interested to know your opinion on women’s empowerment. What do you think, the role of women and female children is, in the country?

“Economic goals cannot be achieved if the women, who comprises about 50% of the population, remain at home,” Modi said.

Not stopping there, Modi expressed his opinions on the significance of the young girls being educated and even took out about his earlier campaigns, which are aimed to encourage the families, to send their daughters to the schools. Modi opined that the change is already being taking place and the parents are concerned about their girl child’s education too.

After Modi’s interview with FB CEO, a few opined that Modi expressed his views sincerely, but a few others said that, he constantly maintained diplomacy in answering the questions. As of now, Modi completed US tour and stated that, “a lot of ground has been covered.”