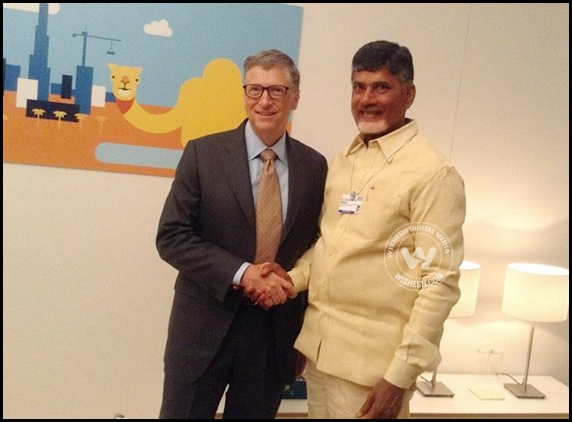 Technology giant Microsoft might set up its operations base in Andhra Pradesh state. Former CEO and founder of Microsoft, Bill Gates who met AP chief minister Chandrababu Naidu at Davos, assured him that Microsoft would check the possibilities of establishing a development centre in the state. This is for the first time Chandrababu and Bill Gates met each other in a decade and about nearly 40 minutes, both discussed certain key issues.

Addressing the representatives of various international companies, Chandrababu Naidu said, “Our aim is bring investments worth Rs 12 Thousands crores in IT sector and Rs 30 Thousands crores in Electronic sector. Our government will set up 10 IT hubs and 20 Electronic hubs in the state which can give employment to 50 lakhs aspirants.”