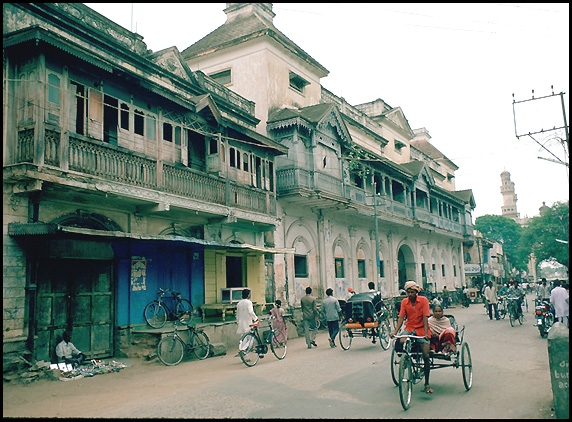 The city of Hyderabad is over 500 years old. It has many heritage structures that  exists  nowhere in the world. But over the course of time, they are getting disappeared. Well the reason behind this, the government and officials are least bothered about them, even though there is an outrage from the city lovers.

At present Sardar Mahal and Errum Manzil are in worst condition and despite this the government is not taking any measures to protect these monuments. The Sardar Mahal which was constructed by the sixth Nizam. Mir Mahboob Ali Khan for his wife Saradar Begum in 1900 is in a dying stage. The Heritage Conservation Committee [HCC] submitted a detailed project report on Sardar Mahal and said it would cost around Rs 2.2 crores for the restoration of the heritage structure. But not even a penny was granted till date. In 2008, the officials decided to convert the Mahal into a museum as part of Charminar Pedestrianisation Project [CPP] but the project failed to take off and eventually it affected the Mahal restoration too.

Coming to the Errum Manzil which was once the residence of Fakhr-ul-Mulk, a nobleman in seventh Nizam Mir Osman Ali Khan's court, its rear wing was demolished and new building is being constructed which is nearing completion. Few heritage activists said that no permission was taken from HCC and the new construction is an illegal one.