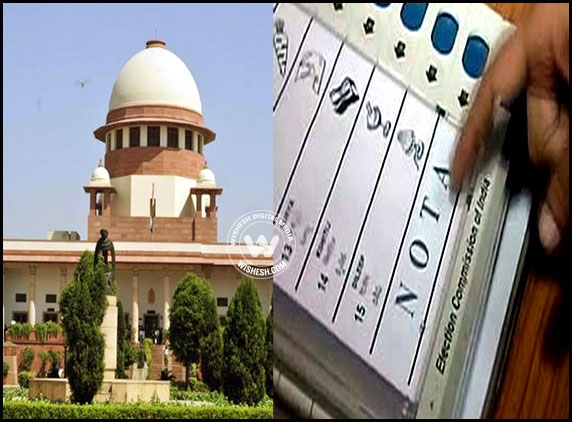 For the first time the Election Commission has included 'None of the above' (NOTA) option in the electronic  voting machines (EVMs) as per the orders of Supreme Court on September 27.  But Supreme Court is reluctant to give instructions to EC to go for re-polls if the NOTA crosses 50% of the voters franchised their vote.

A PIL was filed by a person called Jagannath to direct EC not to declare the results in case NOTA is found as an option from majority of the voters.

The idea of NOTA is to compel the political parties to give tickets to those people who are known for their integrity.  Voters that way will be empowered.  But as the new system has to be got acquaintance by the people, the Supreme Court has come to the decision that a legislature has to be passed to that effect.