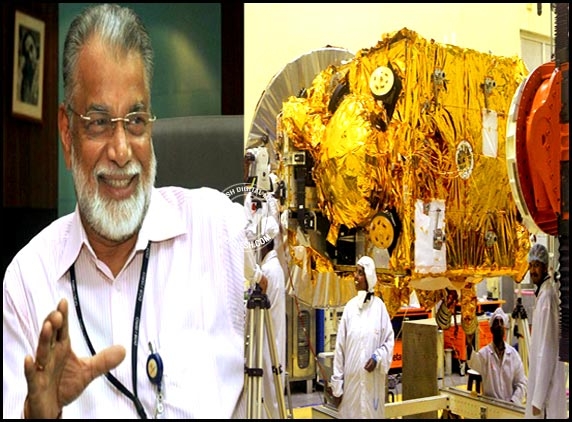 Life on other planets always makes interesting news. The thought of it mixed with creativity made hundreds of movies to emerge to allure audience. They are called aliens and usually they are shown as more intelligent and more advanced in science and technology than mankind.

The spacecraft called Mars Orbiter Mission (MOM) will start its journey on November 5 and travel for about 10 months to reach Mars in September 2014.  It is ISRO’s first mission to Mars to look for the life on the planet.

The Indian Space Research Organization (ISRO) Chairman Dr.K.Radhakrishnan says that the first aim to reach Mars and then to conduct meaningful experiments.  He says that the life on Earth has a connection with Mars.  So the traces of life that existed at some point are the subject of the search.

The spacecraft is added intelligence to trouble shoot in case of emergencies as a signal from Earth takes 20 minutes to reach the space craft in the orbit of Mars. Dr.Radhakrishnan says that the spacecraft will do what we can do from the Earth station with its smart satellite technology.  The technology specially developed now will be handy in future to apply to the remote sensing satellites too.

Dr.Radhakrishnan showed anxiety also along with excitement.  Anxiety because it has to survive for 15 months out of which nine and odd months just will be spent in travelling.  He says that is a dream and fantacy of the scientist all over the globe to see human habitat on Mars for which the targets fixed by the nations to 2030/40.

The launch of MOM on 5th November will be anxiously watched by all scientists in the world with professional interest and the Indian scientists will be sitting on the edge of their seats for nine and odd months till it enters the orbit of Mars after which time the actual work starts.