Pak forces fired again indiscriminately at the border at midnight in which a BSF Jawan died and seven were wounded.
https://www.andhrawishesh.com/ 23 Oct, 2013 23 Oct, 2013 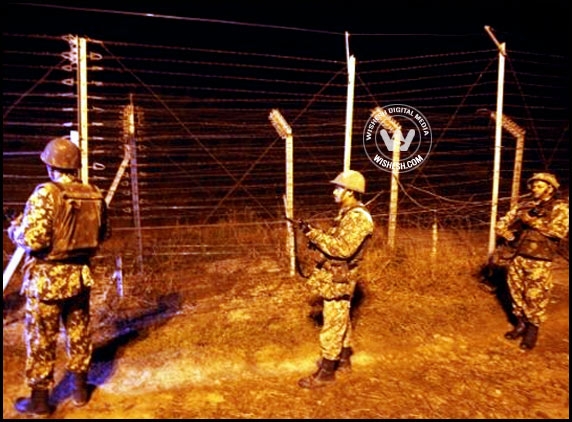 Pak forces fired again indiscriminately at the border at midnight in which a BSF Jawan died and seven were wounded.

Villagers in the border areas had to flee to safer places because of the threat of firing from Pakistan that made them spend sleepless nights.

The violation of the ceasefire agreement was made by Pak hardly a day after the Home Minister’s visit to the area and giving assurances that the Home Ministry will be backing the BSF.