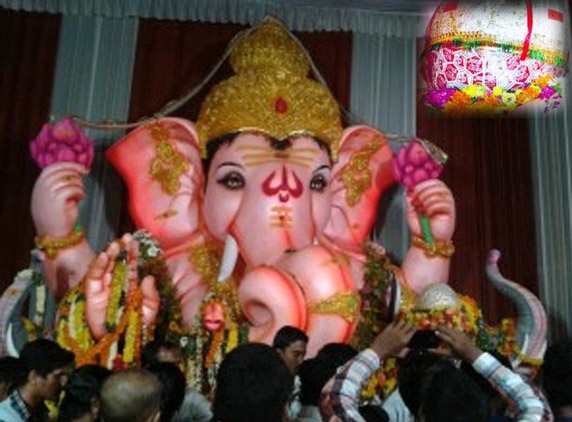 The belief that the Laddu in Balapur Ganesh's hand is lucky for the business ventures on hand is growing year after year.

The sweetmeat Laddu offered as prasadam and kept in the hand of the Ganesh idol during the nine days’ Ganesh festival is customary at prominent places to auction before the idol is lifted to take for immersion. 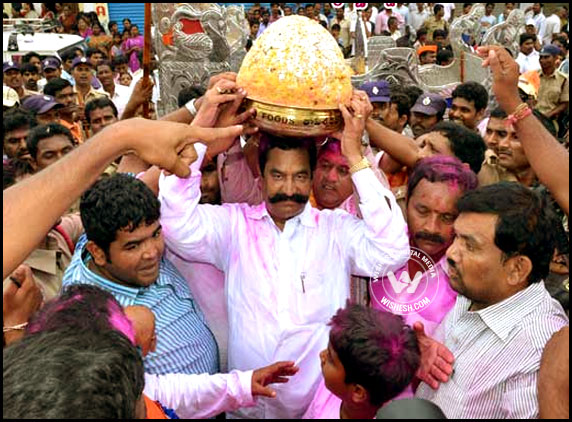 Ganesh idol at Balapur in Hyderabad became famous for the highest bidding in the auction conducted on the last day of the festival.  This year it went for Rs.9.26 lakhs to the highest bidder TKR Educational Institutions which is the highest so far in all the years.

Auction of Balapur Ganesh Laddu was started by the Balapur Ganesh committee in 1994 in which year it went for Rs.450.  During these 19 years the highest bidding for laddu is constantly going high year after year.  Last year, it was taken for Rs.7.5 lakhs by a real estate businessman.

Balapur Laddu assumed prominence because of the strong belief of the devotees that the laddu kept in the Ganesh idol’s hand will bring luck in the business ventures in hand.