Today is World No Tobacco day. Appolo Hospital made a novel way of bringing awareness among the youth as to the deadly effect of tobacco on the human beings.
https://www.andhrawishesh.com/ 30 May, 2013 30 May, 2013 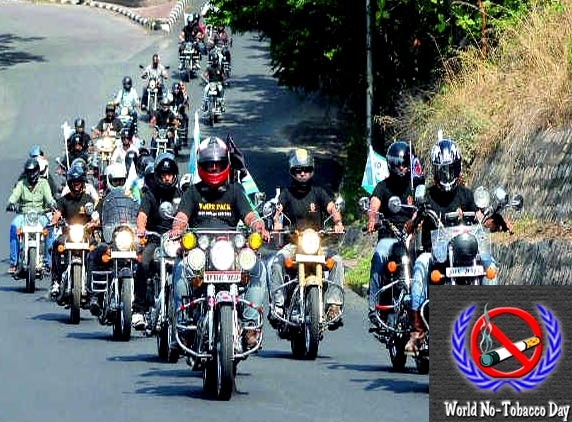 Today is World No Tobacco day.  Apollo Hospital made a novel way of bringing awareness among the youth as to the deadly effect of tobacco on the human beings.

Apollo hospital in collaboration with the Harley Davidson Motor Bikes organized the bike rally which was flagged off by the Badminton sports woman Gutta Jwala from the compound of Appolo Hospitals in Banjara Hills, Hyderabad.

The Bike riders took an oath earlier that they will not smoke.  The campaign is against the consumption of tobacco in all forms- cigarettes, gutka and others.

Following the resolution of World Health Assembly in 1988 to celebrate World No Tobacco Day on May 31, World Health Organization started its campaign every year from 1988 with different themes.  In the global public health treaty organized by WHO in 2003 the resolution for the cessation of tobacco consumption was adopted by all the countries.  As a further step, WHO called for a global ban in 2008 to be imposed on the advertisements, promotion and sponsoring of tobacco products.

Cancer and lung related ailments may be caused by tobacco.  A small demo was shown by Apollo Hospitals today to show the devastating effects of tobacco on the human body. 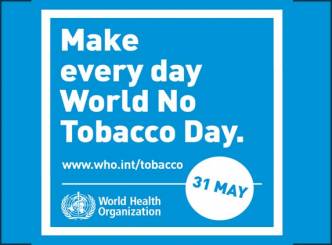 No tobacco 'to'day, every day 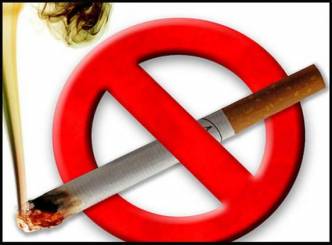