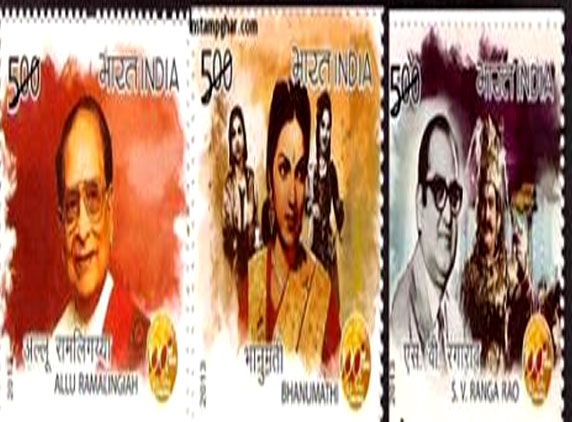 Some of the film personalities were taken by the Government of India to print on postal stamps to mark 100 years of Indian Cinema.

Out of them are S.V.Rangarao, Allu Ramalingaiah and Bhanumati Ramakrishna as per the joint announcement made by the Movie Artists Association (MAA) and Film Producers Council.  These stamps will be released and made ready for use in the month of June.

They also stated that they are sending recommendations to the Government to include photos of Saluri Rajeswararao and Raghupati Venkaiah Naidu also.

The stamps of 50 eminent cine personalities from the country are going to appear on the postal stamps which will be made in the denomination of Rs.5/-.