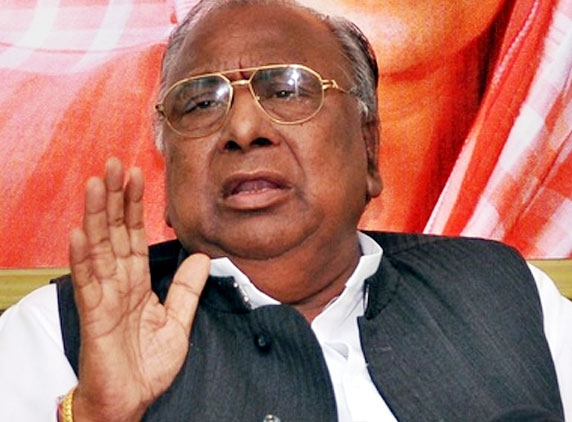 Congress MP V Hanumantha Rao has said that it was high time that all Congress party leaders should come onto one platform to strengthen the party. For the same, he opined, chief minister Kiran Kumar and PCC chief Botsa Satyanarayana should convene a meeting and address the same. Further, he said a few persons in the party were making statements as they wish and stressed that such statements would not have any bad effect on Congress party.

Further, VH has said that while TDP and YSRC were going into the public through padayatras, how would it work out for Congress if it doesn't even hold an internal meeting. Stressing the difference of opinion amongst Congress party leaders, VH a platform was required to discuss the issues. The party MP itself is clearly stating that there are differences among the leaders within the party. We have so far not seen anything or any group that went close to victory with difference of opinion among the group members.